Rogers Next Issue is the company’s all-you-can-read magazine subscription service which offers over 100 magazines, starting at $9.99 per month for a basic subscription.

The company has announced starting next week on April 20, a French magazines will hit Next Issue, to bring over 20 Quebec-based magazines to the service:

“Some of the world’s most rich and diverse French magazines are right here in Canada, and we’re giving consumers unparalleled access to the stories they want most,” said Brinda Luckoo, Senior Director, Next Issue Canada, Rogers Media.

Here are the French magazine titles set to be available: 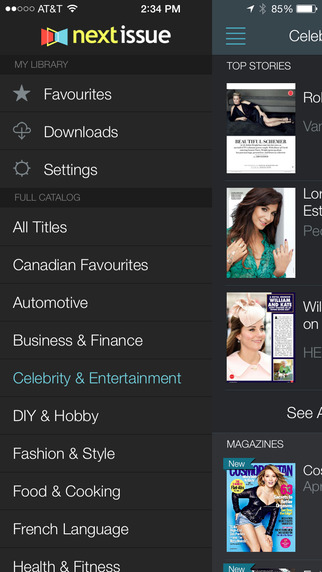 Rogers Next Issue for iOS was updated one week ago with French support. Magazines can be downloaded for offline reading and the service offers a free 30-day trial. The basic subscription, which offers 158 magazines is priced at $9.99/month, while the premium plan offers 170 magazines at $14.99 per month.