Rogers Plans Increasing $5 on Feb. 5, Will Include Caller ID and Voicemail

Rogers plans to introduce new monthly wireless plans tomorrow, according to this thread over at RedFlagDeals. The changes will see a $5/month increase to existing monthly plans, but the extra cost brings with it caller ID and voicemail to monthly packages. 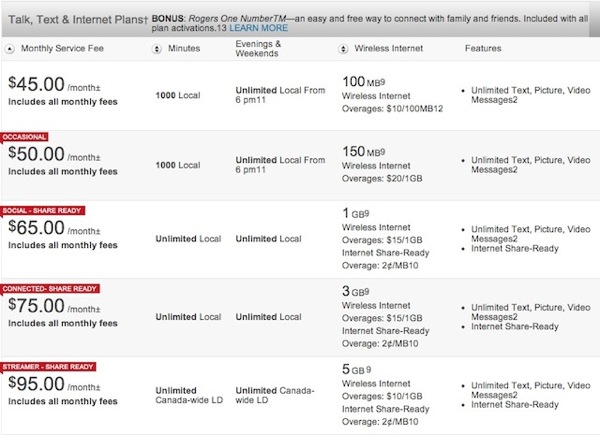 The value pack for the iPhone that includes caller ID, visual voicemail and 100 US and international texts is $12.79/month. So the $5 increase per month appears to undercut the value pack, but it’s now bundled into the monthly cost.