Rogers has expanded their SN NOW direct to consumer offering, debuting a new tier called SN NOW+, which is available for $27.99 per month, which includes more NHL games than the regular SN NOW tier, free of regional blackouts. 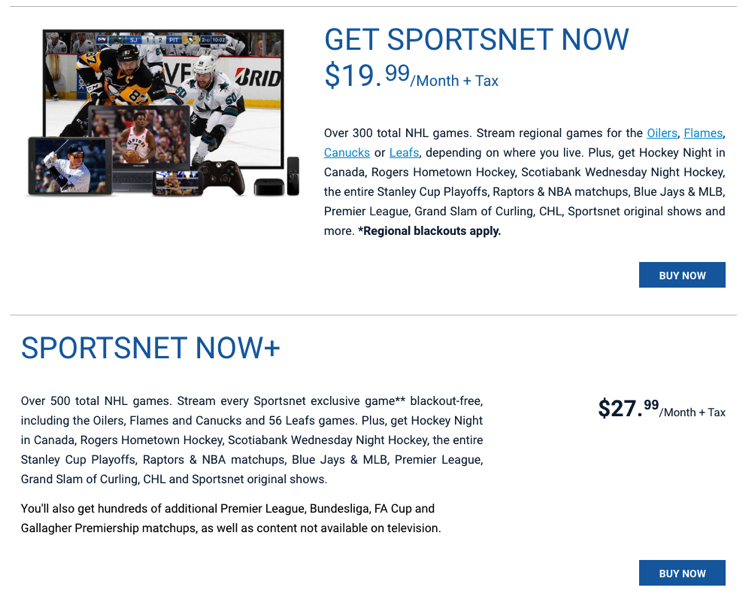 Subscribers will also get “get hundreds of additional Premier League, Bundesliga, FA Cup and Gallagher Premiership matchups, as well as content not available on television.”

Bart Yabsley, Senior Vice-President, Sports & Entertainment Partnerships and Content Distribution, Rogers Media, said in an issued statement, “The NHL is easily the most coveted content in Canada. When you combine our core content with the lifting of the NHL blackout restrictions and all of the other enhanced coverage, we believe SN NOW+ is far and away the best direct-to-consumer choice on the market for sports fans.”

Both SN NOW and SN NOW+ will be available on the web and also through the Sportsnet iOS app, Apple TV 4, Xbox One, PS4, and Google Chromecast.