Can you imagine life without the iPhone? Remember the time when cellphones were only used to make “telephone calls”? Those days are over as the iPhone has revolutionized the way we view cellphones. They are now have integral parts of our busy lives, making things better (or worse).

When Rogers announced they were going to sell the iPhone 3G in Canada people were very excited. When we found out the prices and monthly plans we got pretty upset. Eventually the data plans were revised and eventually calm has settled. Just how many iPhone 3G units did we expect Rogers to sell? Well, yesterday they announced their third quarter results for 2008 and the numbers are staggering to say the least.

Yes, you read that number correctly. Rogers sold 255,000 iPhone 3Gs in their Q3 (July 11th to September) and they are poised to sell even more this holiday season I bet. Out of the 255,000 iPhones sold, one-third were new wireless subscribers and the other two-thirds were existing subscribers that upgraded to the iPhone and signed to contracts.

Not only did they sell a quarter million iPhones, they also increased their postpaid net subscribers by 191,000 (in other words, those awesome people like yours truly who signed on a 3 year contract–I know some of you did too!). The important ARPU (average revenue per user) was increased by 4% to $78/user, most likely due to the increase in wireless data subscribers.

Rogers earned $495 million in profit in the Q3 on $2.98 billion in sales. Wireless data sales alone accounted for almost 17% of the Rogers network revenue. The bottom line is that Rogers continues to rake in the dough with their GSM monopoly in Canada. However, with Telus and Bell building their HSPDA networks we can expect the tight grip Rogers has on the GSM industry coming to a close in the near future.

According to the Report on Business:

On a conference call with analysts, he said the company’s balance sheet remains “rock solid.” He added that Rogers is well-positioned to manage in a poor economy because customers traditionally do not like to cancel their cable, Internet or phone service when they are forced to trim personal expenses.

I find the above statement to be quite humorous. The last time I checked there was a wireless cancellation fee and data cancellation fee if you broke any of your contract obligations. So of course people aren’t going to cancel in a poor economy–they can’t afford the cancellation charges! 😉 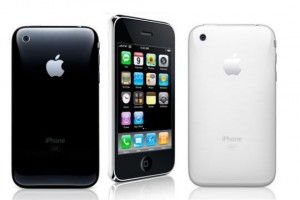 Rogers Decides to PUNK its Own Employees: Commissions are Reduced up to 50& Percent

Can you name an integral part of Rogers’ success? Just envision an army of hardworking Rogers/Fido employees signing up customers and pushing on the extras such as value packs and data plans. Well, Rogers has decided to decrease these commissions by up to 50%. According to BGR:

So it looks like we’re not the only ones paying the price to be a part of the almighty Rogers wireless network–their employees are getting the shaft too! Doesn’t this just make you feel all warm and fuzzy inside? If you’re a Rogers/Fido employee, I’d love to hear from you in the comments to verify the authenticity of this story. Until next time, keep on buying those iPhones everyone! 😉