Rogers to Launch 8 Gbps Internet Speeds This Summer, the Fastest in Canada 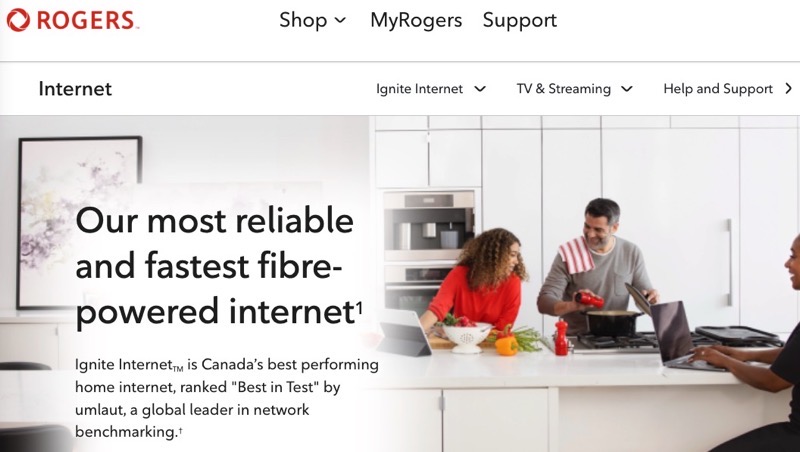 Rogers announced on Tuesday it has successfully tested lab and customer trials of 8 Gbps fibre broadband internet, and it’s set to launch in the summer of 2022.

The company said the test saw symmetrical download and upload speeds of up to 8 Gbps on its fibre network, which is over double the current fastest internet speeds offered by major providers in Canada.

Rogers says its plan is to reach 10 Gbps symmetrical download and upload speeds for Ignite Internet. That should be more than enough speed for your Facebook browsing activity.

“Fibre-powered networks are the foundation of building world-class connectivity solutions for our customers, and it is critical that the network technology delivers on the reliability and speed our customers need,” said Robert Dépatie, President and Chief Operating Officer, Home and Business, Rogers Communications, in an issued statement. “With download and upload speeds of up to 8 Gigabits per second and an advanced fibre technology, customers will be able to explore streaming TV, online game play, videoconferencing, immersive virtual reality and more, like never before.”

Rogers today announced its unaudited financial and operating results for the fourth quarter and full year ended December 31, 2022. Overall, Rogers reported a total of $4.16 billion in revenue for Q4 2022, up 6% year-over-year from Q4 2021. Quarterly service revenue was also up 6%, to $3.43 billion. For the entirety of 2022, Rogers posted...
Nehal Malik
10 hours ago