Keeping track of wireless plans in Canada from Rogers, Telus and Bell continue to get complicated for Canadians, with price changes, website design changes and more.

On Friday morning, Telus increased the base pricing for its ‘unlimited’ data plan to $85/month, which is now the same as Rogers, with an increase to 25GB of data (was 20GB). Only Bell has yet to match an $85 starting price for 25GB of data (previously it was $80 for 20GB). 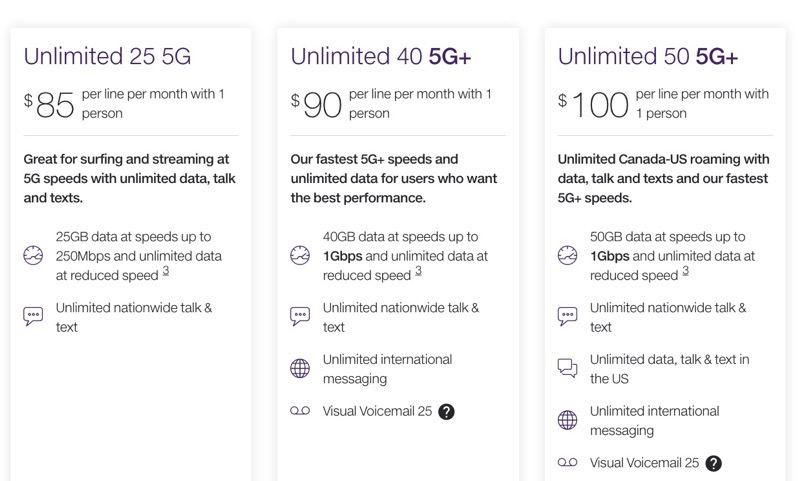 Rogers, Telus and Bell Unlimited Pricing can be seen below as of today (prices are cheaper in Quebec)—note Bell has yet to raise its starting prices. Bell and Telus only offer up to 50GB plans while Rogers offers higher buckets of 65GB and 100GB:

Fido, Koodo and Virgin Plus Data Pricing (check out those data overages):

At the end of the day, wireless carriers continue to throw out as much information as possible to overwhelm consumers it seems. 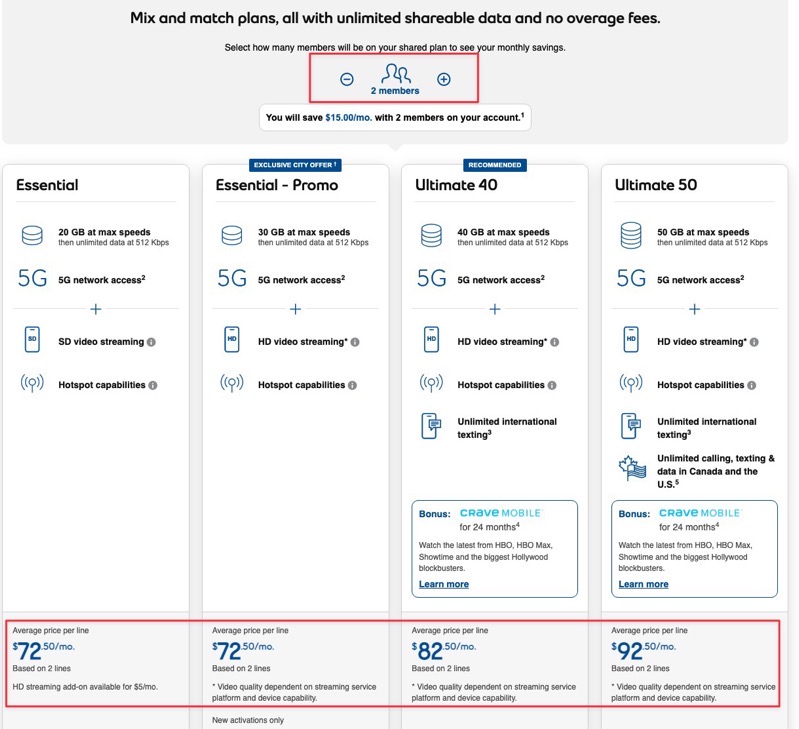 As for the price changes, a Telus spokesperson said in an emailed statement, “effective February 16, TELUS has updated its mobility rate plans, providing new and renewing customers more choice and value as the TELUS 5G network continues to evolve. The new Unlimited 20 5G, Unlimited 40 5G+ and Unlimited 50 5G+ plans offer customers the ability to enjoy premium features, depending on their plan.”

Wireless pricing for premium 5G plans isn’t getting any cheaper in Canada it seems. According to the federal government recently, their goal of reducing wireless pricing by 25% has been achieved, but only for plans in the 2GB to 6GB range.