The Weeknd’s Concert Cancelled at Rogers Centre in Toronto, Due to Rogers Network Outages 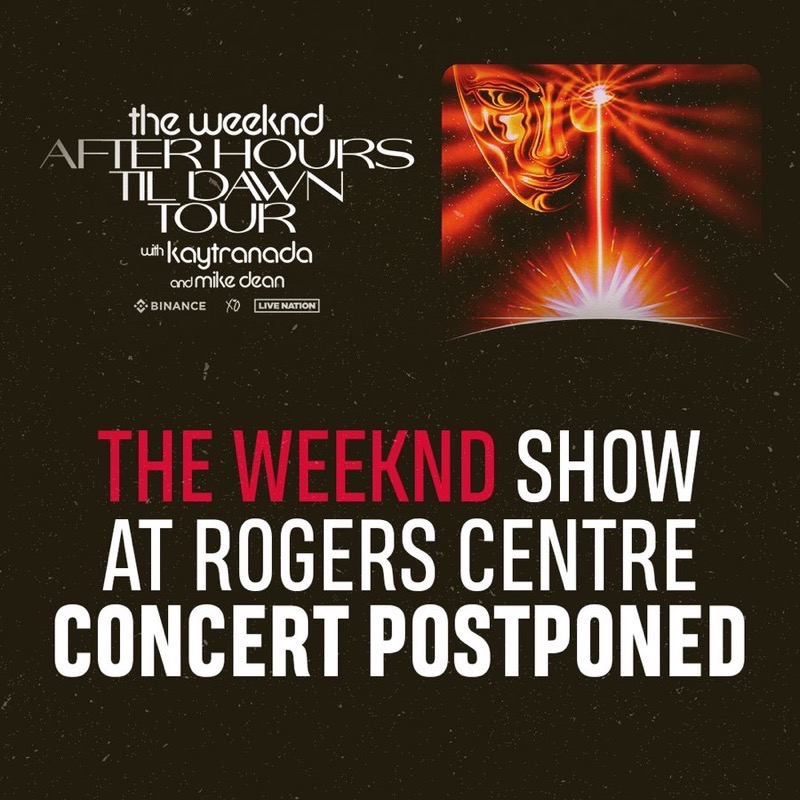 The fallout of the nationwide Rogers network outage continues, and now we’re seeing concerts being cancelled, specifically The Weeknd’s first stop of his After Hours Til Dawn Tour, that was set to take place tonight at Rogers Centre.

The Toronto Blue Jays Twitter account shared the bad news, saying, “We regret to announce that The Weeknd tour stop at Rogers Centre has been postponed due to service outages impacting venue operations. A new show date will be shared ASAP and tickets will be honoured.”

“We understand how disappointing this is and apologize for the inconvenience,” said the Toronto Blue Jays.

Presumably, ticket readers would not have internet connectivity to validate tickets at the door, hence the concert was cancelled, announced at 6:23pm EDT, not giving concertgoers much notice.

The Rogers network outage today is ongoing and the company still has not provided an ETA on when a fix will be available. Downtime is affecting “millions” of customers including those from consumer, business and enterprise.

Rogers says it will credit customers for the outages from today. Some wireless customers are getting signals again but service for the most part remains down.

The Commission for Complaints for Telecom-television Services (CCTS) says it is an "independent agency that helps resolve complaints about telecommunications and television services from individual and small business customers, fairly and free of charge.” When consumers have a telecom complaint (phone, internet, cellphone, etc), an issue filed with the CCTS is usually resolved. In regards...
Gary Ng
21 hours ago

Rogers, Shaw and Quebecor announced on Friday they have signed a deal for the sale of Freedom Mobile to the latter, making their initial $2.85 billion agreement from mid-June now official. The deal is subject to regulatory approvals and the closing of the Rogers-Shaw merger. According to all three telcos, the deal "provides the...
Gary Ng
22 hours ago