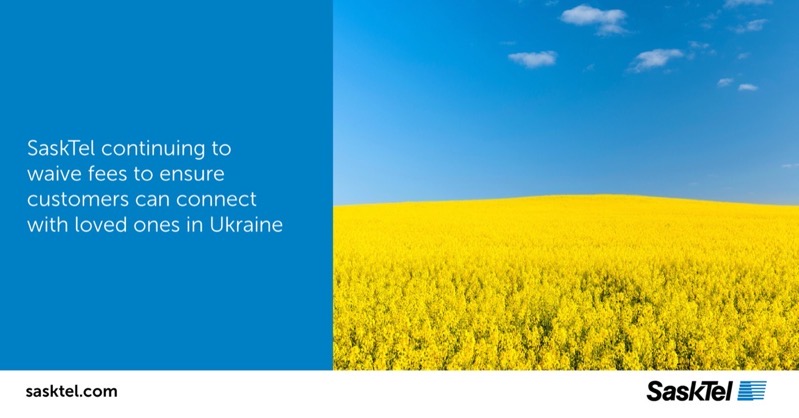 SaskTel announced on Friday it has extended its waiving of fees to support Ukrainian-Canadian families.

Last month, SaskTel said it would automatically waive the following:

“As Ukrainians continue to defend their homeland, we here in Saskatchewan remain steadfast in support of their brave fight,” said Don Morgan, Minister Responsible for SaskTel, in a statement to iPhone in Canada. “By continuing to waive fees, SaskTel is doing their part to ensure Ukrainian-Canadian families in our province can connect with their loved ones in Ukraine during this incredibly difficult time.”

It’s unclear if any other wireless carriers will be extending free calling and texting to Ukraine and roaming as well, but stay tuned for updates.