SaskTel has announced its 4G LTE network has continued to expand with the service now live in Yorkton.

Ron Styles, President and CEO of SaskTel, again emphasizes their LTE network has “twice the coverage” and is “33 per cent faster than any other LTE network in Saskatchewan.” You can check out the coverage map below, with LTE showing in light orange: 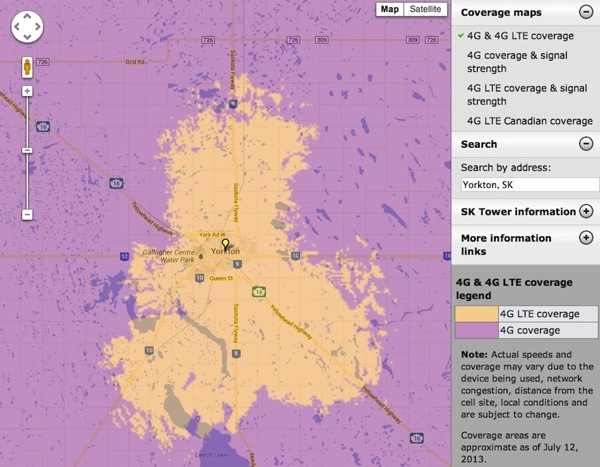 Later this year, the SaskTel 4G LTE network will be expanded to Estevan, North Battleford, and Swift Current.