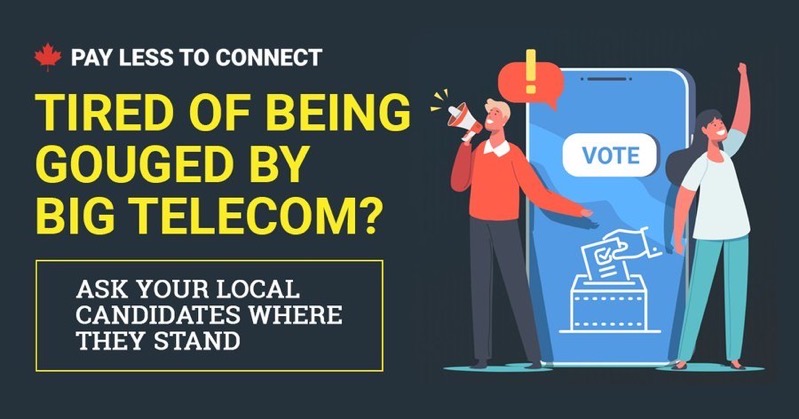 TekSavvy on Wednesday says voters should demand more affordable internet access during this upcoming federal election, by asking local candidates where they stand on the matter.

The independent internet service provider also released an election telecom backgrounder, detailing a timeline of decisions made by the CRTC and the federal government, affecting internet pricing.

“With the stroke of a pen, Cabinet can deliver lower internet prices for Canadians, simply by reinstating the CRTC’s pro-consumer 2019 rate decision, which was based on years of process and mountains of evidence” said Andy Kaplan-Myrth, TekSavvy’s vice president of Regulatory and Carrier Affairs, in a statement to iPhone in Canada.

The internet provider says its website PayLesstoConnect.ca has already had over 250,000 Canadians send letters to MPs, demanding the CRTC support its 2019 wholesale rates decision.

TekSavvy recently announced it was increasing its internet prices in October, due to the CRTC reversing its wholesale internet decision and going back to 2016 prices.

Here are the latest Canadian cellphone plan and device deals, plus other promos from wireless carriers such as Rogers, Telus and Bell, from our partner PlanHub. As always, the promos may change at the last minute, but here they are as of Wednesday, September 28, 2022. Check them out below… Bell Noticeable price changes: Get a […]
IIC Deals
18 mins ago

The Canadian Radio-television and Telecommunications Commission (CRTC) wants feedback from Canadians on the proposed price increases on basic TV packages, beyond mandated price caps. The CRTC said on Wednesday the request for comments comes “in response to an application filed by a group of television service providers to increase the price cap for the basic […]
Gary Ng
5 hours ago