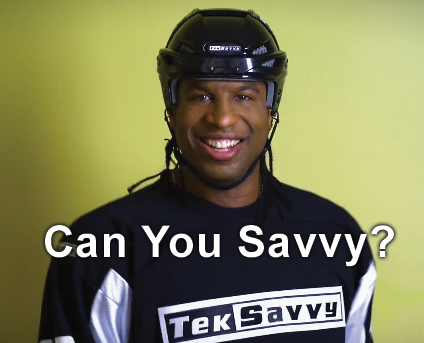 Have you taken action against against User-Based Billing? Even though the CRTC ruling was overturned by the Federal Government, the issue has only been delayed. Internet speeds in Canada lag behind the rest of the world, and if UBB is implemented we could be taking a massive step backwards.

TekSavvy President, Rocky Gaudrault, recently “busted” some UBB myths in an editorial piece on The Financial Post. It’s a must read, if you want to educate yourself on the impacts of UBB, and to see the perspective through a Bell reseller’s eyes. Here are some sample myths Rocky breaks down:

Light users subsidize heavy users. If this were the case, you would think there would be a similar response around the world, not just in Canada. Yet only Canada seeks to impose a usage-based billing system on the wholesale Internet market to combat this supposed inequity. The CRTC itself acknowledged that all costs associated with the provision of Internet services are recouped by the flat-rate component of the service. This myth is equivalent to arguing that apartment rents should be based on the number of people living in a unit, because the rent of the person living alone subsidizes the cost of an apartment occupied by two people. UBB is a punitive measure because the marginal cost of higher use is miniscule once the network is in place. Â It has been acknowledged as such. This makes Canada seem like one of the few countries in the world that want to discourage access to the Internet.

Bell seeks a fair and level playing field. This is not the case. In fact, Bell has much to gain from UBB, as it has a three-fold agenda: (1) it wants to make as much as it can on its existing infrastructure, deferring upgrades for as long as possible. (2) It wants to protect its ever-expanding content businesses, which are threatened by over-the-top services like Netflix. (3) It does not want to lose business to innovative and competitive companies like TekSavvy.

Wholesale operators ride on the Bell network. This is a strange way to treat a valuable customer. TekSavvy has paid tens of millions of dollars to Bell, based on tariffs determined by the CRTC in a regulated framework no different from those applicable to gas or long distance services. TekSavvy â€œridesâ€ on Bellâ€™s system no more than do independent long distance providers. And that is frankly a comparison worth remembering. When the incumbent telcos controlled long distance, customers paid $1.50 per minute. With the entrance of competitors, customers now pay mere pennies. Â What Bell is trying to do with UBB is the equivalent to charging $1.50 per minute for long distance. Instead of caps and artificially high fees, the incumbent telcos should establish the real cost for bits, if material, and negotiate a fair â€œcost plusâ€ tariff for those bits.

Here is TekSavvy vs Bell on CBC’s The Lang and O’Leary Exchange (tell me what you think):

Services like Netflix send fear into the eyes of our telcos. Maybe they should innovate with similar online streaming services and compete for our dollars. Or, is that too much work?

Take a look at the other myths here. Oh, and after that, don’t forget to visit StoptheMeter.ca.