Internet Speeds: Canada Versus The World

Update 1: Check out this unreal website, at themeter.ca via @UsageBasedBill: 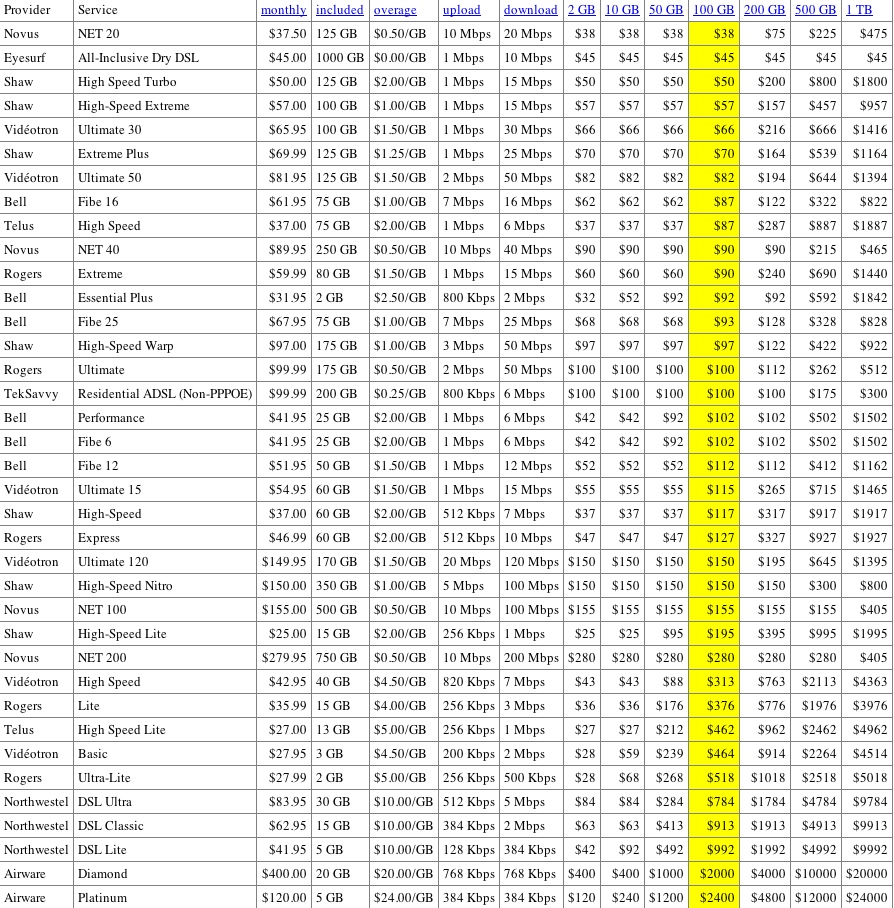 Our coverage of User-Based Billing (UBB) has resulted in the CRTC’s decision to implement this for Internet to be delayed thanks to you (415,000+). With some of the most expensive Internet bandwidth in the world, how do speeds in Canada compare with countries around the globe?

The CBC used data from netindex.com to compile the following graphs of Internet upload and download speeds, comparing Canada versus the world:

CRTC chairman, Konrad von Finckenstein, appeared before a Commons Committee yesterday to justify and explain his decision over UBB. Here are some quotes from him:

…In light of these requests and the evident concerns expressed by Canadians, the Commission has decided to: Delay the implementation of usage-based billing for wholesale customers by at least 60 days…

…I would like to reiterate the Commissionâ€™s view that usage-based billing is a legitimate principle for pricing Internet services. We are convinced that Internet services are no different than other public utilities, and the vast majority of Internet users should not be asked to subsidize a small minority of heavy users. For us, it is a question of fundamental fairness. Let me restate: ordinary users should not be forced to subsidize heavy users.

…and here’s one more delightful video–Bell and the CRTC (NSFW; language):

You have to love living in Canada. StoptheMeter.ca

The Canadian Radio-television and Telecommunications Commission, the country’s broadcasting and telecommunications regulator, announced on Monday morning its website and phone lines are down for the count, in what appears to be an unscheduled outage. “Please note that our website, its related applications and phone lines are temporarily unavailable, we will update you as soon as […]
Gary Ng
23 hours ago