Canada’s Big 3 wireless carriers were set to end its $75/20GB ‘unlimited’ data plan promo yesterday, but it appears to have been extended, magically. This plan just doesn’t want to go away it seems.

The Telus website now states an October 5, 2020 expiry date for its $75 Peace of Mind plan with 20GB of non-shareable data. The plan includes unlimited nationwide talk and SMS/MMS. 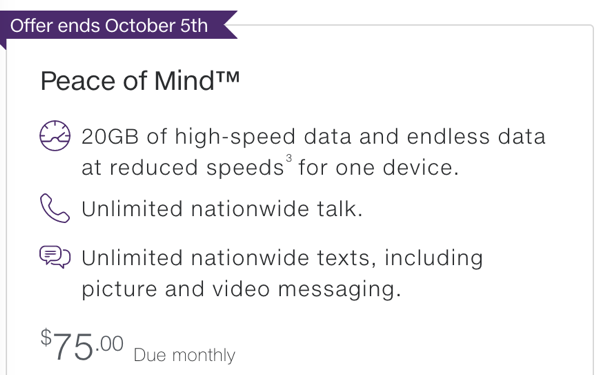 Looking over at the Rogers website, its $75 Infinite plan with 20GB of shareable data also is still listed, but with no end date mentioned, aside from indicating it’s a “limited time offer”. 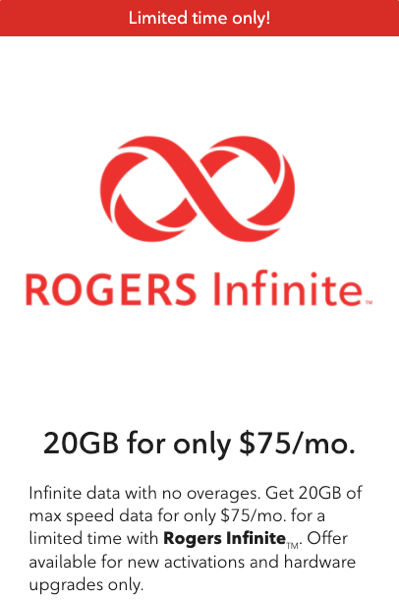 As for Bell, the company hasn’t matched its rivals yet in extending this $75/20GB offer, as the Unlimited 20 plan with non-shareable data is now listed at $90 per month. Bell will most likely match Telus and Rogers soon.

Approaching the upcoming launch of Apple’s iPhone 12 this month, you can bet these promotional plans might stick around, and stay available into the upcoming holidays.