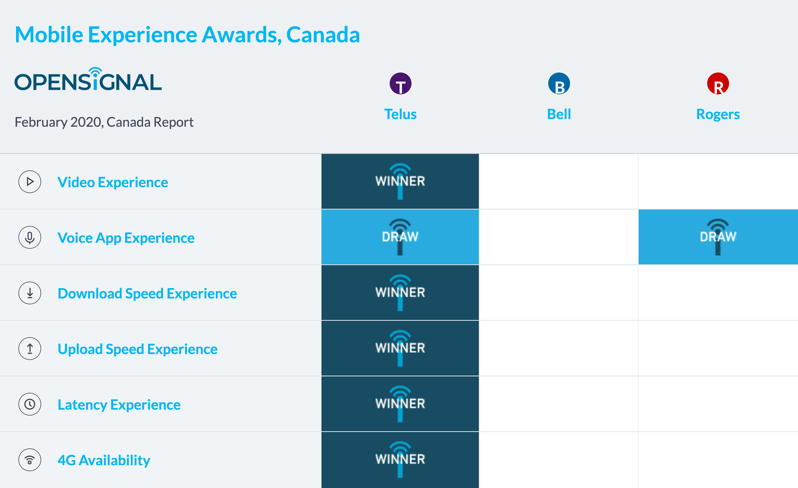 Earlier this week, Opensignal released its bi-annual Mobile Network Experience Report for Canada, for February 2020 and Telus dominated the awards over its rivals Bell and Rogers.

When it comes to download speeds, Opensignal says Canada now ranks second in the world, only behind South Korea when it comes to their Download Speed Experience test:

Interestingly, Opensignal users in Canada now have download speeds that are almost as fast as our users in South Korea. We looked at how Canada stacks up against the rest of the world in Download Speed Experience and found that it is only slightly behind South Korea, which is known for providing its users with very fast network speeds.

The data collection period was from October 1 to December 29, 2019, from over 219,000 devices with over 626 million measurements. You can check out the full report over here at Opensignal.