PCMag has published the results of their annual Fast Mobile Networks Canada 2017, with Telus taking the crown for the first time, topping rivals Bell and Rogers.

This year PCMag went coast-to-coast testing wireless in their drive test across all 10 provinces, measuring download speeds on Bell, Rogers, Telus, Eastlink, Freedom, MTS, and Videotron. Tests were conducted between July 23 and August 22, 2017.

According to their findings, Telus speeds ruled major cities, Bell owned mid-size Ontario cities and Videotron had a grip on smaller cities in Quebec.

Telus scored a perfect 100 on the PCMag Speed Score, versus 97 for Bell and 85 for Rogers: 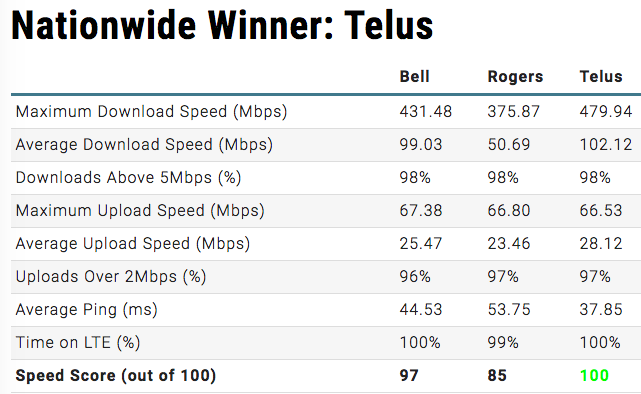 Despite Bell and Telus sharing the majority of their wireless network, PCMag says Telus and “their core network design—the lines that come down from the towers, and their connections to the internet,” has been better optimized over the years, now making for the fastest connections. Both carriers have Band 7 spectrum and carrier aggregation—which joins various spectrum bands so they appear unified—on their radio network. 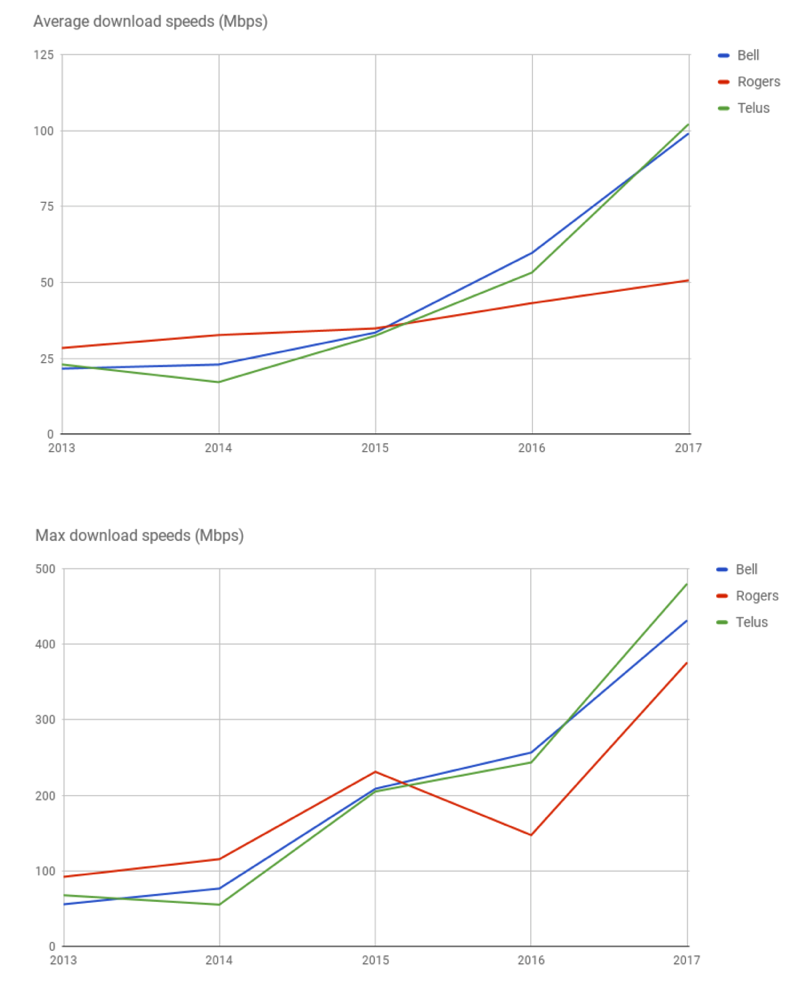 As for Rogers, PCMag says it’s “at least a generation behind Bell and Telus on network technology”, taking down partner Videotron with it, as reflected in download speeds.

Eros Spadotto, TELUS’ Executive Vice-President of Technology Strategy, said in a statement to iPhone in Canada, “As a result of our commitment to our customers, we’ve built a network that is not only reliable, but is also now recognized as the fastest in Canada – and much faster speeds are on the horizon as we begin rolling out the building blocks of our next-generation 5G network and laying the foundation for innovations like smart cars, homes, businesses and cities that will soon transform Canadians’ lives.”

He added Telus has invested over $25 billion over the last decade to offer “an exceptional, world-class networks network experience.”

The study also took a look at the best wireless plans in Canada—here’s what they concluded:

PCMag says Shaw’s Freedom Mobile is the one to watch, as their network continues to improve versus the Big 3 in major cities, while also offering prices half of what incumbents charge for a 6GB plan. The publication also notes the lack of unlimited plans in Canada, unlike the new offerings from our U.S. neighbours.

Check out PCMag’s extensive testing and results over here.