If you missed out on last December’s feeding frenzy on the $60/10GB plan offered by Rogers, Telus, Bell and their discount brands, you may want to check your account online if you’re a Koodo customer right now.

According to RFD, Koodo is offering the $60 plan with 10GB of data as a Tab Medium plan, which also comes with up to $100 in bill credits—but only for customers in Ontario.

To see if you’re eligible, login to your Koodo account online and check to see if the $60/10GB plan is being offered. If you don’t see it, try adding a phone under Tab Medium, as that’s when the plan will most likely show up, as seen below: 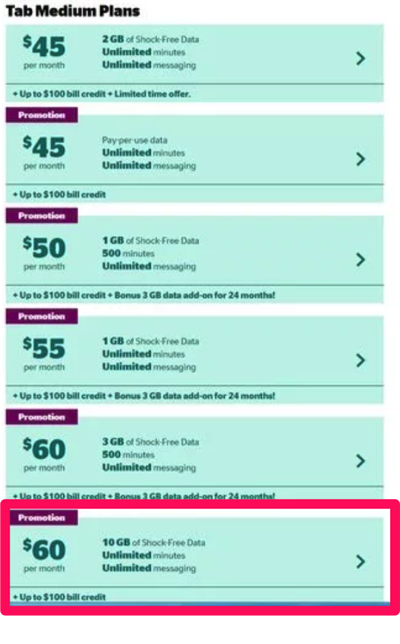 One particular deal would be getting a 32GB iPhone 6s for $0 on contract ($360 on Tab Medium repaid over 24 months) and the $100 bill credit. Don’t forget to sign up under someone’s Koodo referral for another $50 in savings. That equates to an iPhone 6s for $210 after it’s all said and done, with a $60/10GB plan (which has unlimited nationwide talk and text).

To see this deal, you need to go to the phones section after logging in, select a phone, then proceed to the plans section next. If you qualify, you should see the $60/10GB plan or some other promo plan.

Again, users on RFD are only seeing this for those in Ontario (but some in AB/BC were able to see it too as a plan upgrade or standalone offer), so it’s best to check your Koodo account online to see if you’re eligible.