Koodo right now has sale on iPhone 7, offering a discount of $235 on the 32GB version with Tab Medium. This means users will pay $320 for the device upfront, then have the remainder $360 on their Tab, which works out to $680, saving you $220 versus buying new from Apple.ca. 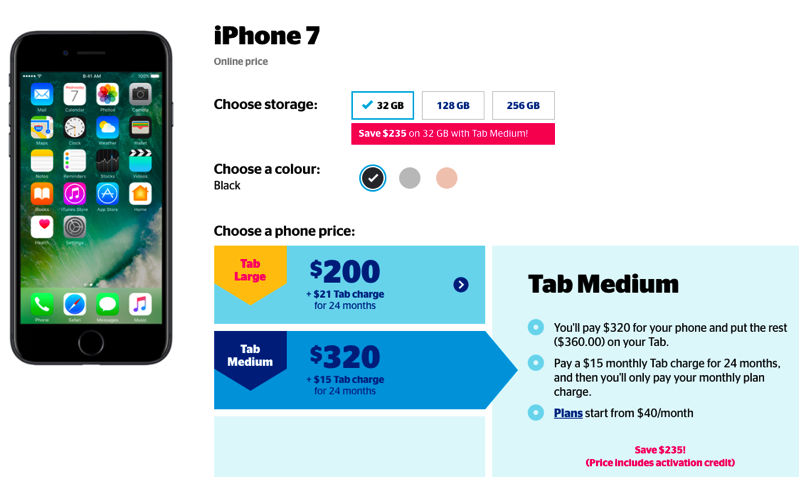 However the deal can be sweeter if you buy the phone from WOW Mobile and bring any old cellphone (it can even be an old flip phone) for a trade-in, which will get you a minimum $50, taking the price down further to $630 for a 32GB iPhone 7, saving you $270, versus buying from Apple.ca.

Users on RFD have signed up for the device, paid the upfront amount, cancelled, then paid off the rest of the Tab and the prorated service charge for one day of use. An iPhone on Koodo means it’ll also work on Telus and Public Mobile (Telus network).

Starting in December, carriers will be required to sell unlocked devices and unlock existing devices free of charge, according to a recent CRTC ruling.

Again, Apple is expected to launch the iPhone 7s, iPhone 7s Plus and ‘iPhone 8′ next month, so expect more discounts to come on existing models.