Yesterday Koodo relaunched their website along with new branding and plans, which included a revamp of their Tab system, which now basically has customers financing their smartphone purchases on contract, whereas before the company would chip in a small percentage monthly to help you pay off the device balance.

Similarly, 10% BYOD discounts are gone, as the base plans now are essentially BYOD prices. 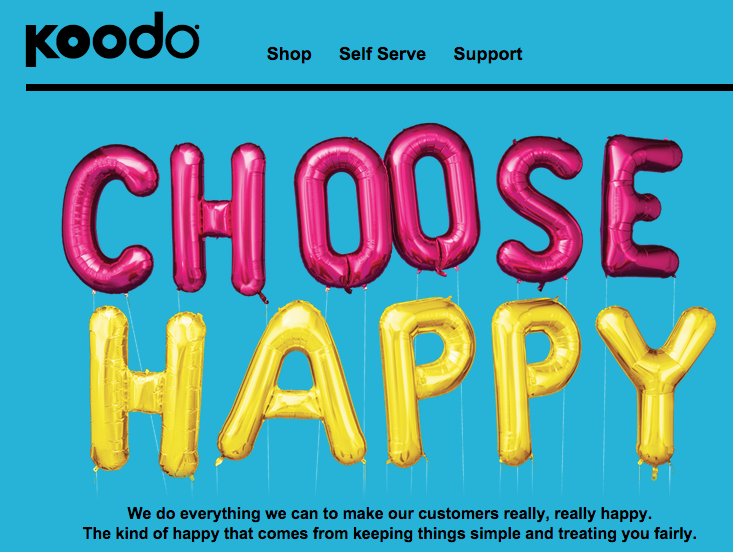 But there are some positives to these changes, as a new promo plan consisting of $45/month for 1GB of data and unlimited Canada-wide minutes is available until May 3. For those in Saskatchewan, Manitoba and Quebec, your 5GB plans saw a minor decrease in price.

Koodo also launched a new “Choose Happy” tagline and it clearly is shown in a new ad released today by the company, which you can check out below (watch closely for the El Tabador cameo):

What do you think about Koodo Mobile’s rebranding?

The Canadian Radio-television and Telecommunications Commission (CRTC) today announced it has rejected Telus's request to charge customers a 1.5% processing fee on payments made by credit card. "We heard Canadians loud and clear: close to 4,000 of you told us that you should not be subjected to an additional fee based on the method you...
Nehal Malik
16 mins ago