Public Mobile appears to be offering a promo under their Build Your Own Plan section, which is offering unlimited Canada/USA calling, international text and 6.5GB of 3G data for $50 per month.

A user on RFD noticed when selecting either a 30-day or 90-day build your own plan, the option to add unlimited “Canada-wide and to the U.S.” to a plan with international text and 6.5GB of 3G data works out to be the same as selecting just “Canada-wide” calling.

Normally, it would be $5 per month extra to gain the unlimited Canada/USA calling option, but currently, it’s free. 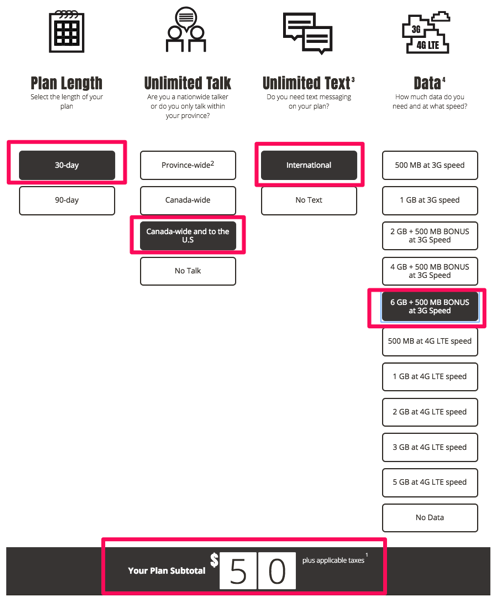 If you take Autopay into consideration, this plan drops to $48/6.5GB, and after max loyalty credits in year five, you’ll be paying $43/6.5GB.

You can also save $10 by signing up under a referral at Public Mobile. Email tips@iphoneincanada.ca if you require a referral.

OpenMedia is calling on Innovation, Science, and Industry (ISED) Minister François-Philippe Champagne to take immediate steps to halt the rapid decline of Internet competition in Canada, with the non-profit saying "Internet choice and affordability in Canada approaches breaking point." Even though the federal government announced a new telecommunications policy direction for the CRTC in May, competition...
Usman Qureshi
27 mins ago