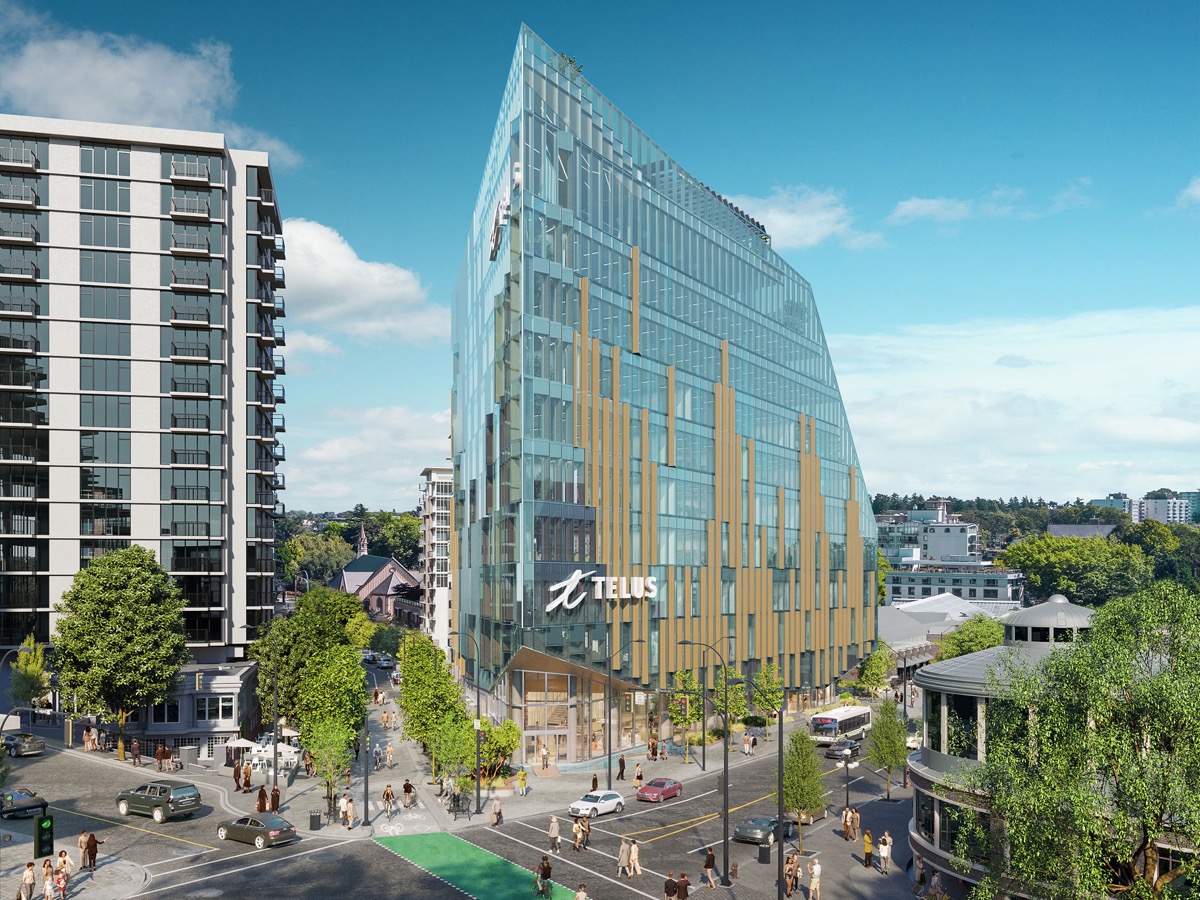 After nearly a year of back-and-forth talks, Telus and the City of Victoria have agreed on final plans for the telco’s proposed headquarters in the B.C. capital, which now heads to a public hearing, reports The Times Colonist.

Telus originally announced the ‘Telus Ocean’ project in 2020, and the proposal has been on the brink of receiving approval for a public hearing since March.

However, the 12-storey Telus tower that has been approved for a public hearing is not the same as the one that was originally proposed. Telus is working with Victoria-based development partner Aryze to design and develop the new building.

During these months-long negotiations, Victoria had Telus scale down the massive, glass structure in a number of ways before a public hearing was even considered.

Seemingly content with Telus’ alterations to the original proposal, Coun. Jeremy Loveday entered a motion to conduct a public hearing for the rezoning proposal. The motion passed on Thursday.

Here are some notable changes the developers made to the plans for Telus’ regional HQ in order to obtain council approval:

Not everyone is satisfied with the changes, however. Councillor Geoff Young, who opposed a public hearing for the site, thinks the now-smaller Telus Ocean is still too ambitious for its location.

“Overall I still think the size, mass and height is greater than this sensitive site can accommodate,” he said.

The final word, though, now rests with the people of Victoria, who have to decide whether a 12-storey Telus HQ, made largely of a glass exterior, in their city is actually a good idea.