TELUS has announced it will be donating a record $120 million towards the launch of the TELUS Friendly Future Foundation, a new charity organization aimed at helping disadvantaged Canadian youth.

According to the company, their $120 million donation amount is “the largest donation made by a publicly traded Canadian company in history and one of the largest ever in North America.” 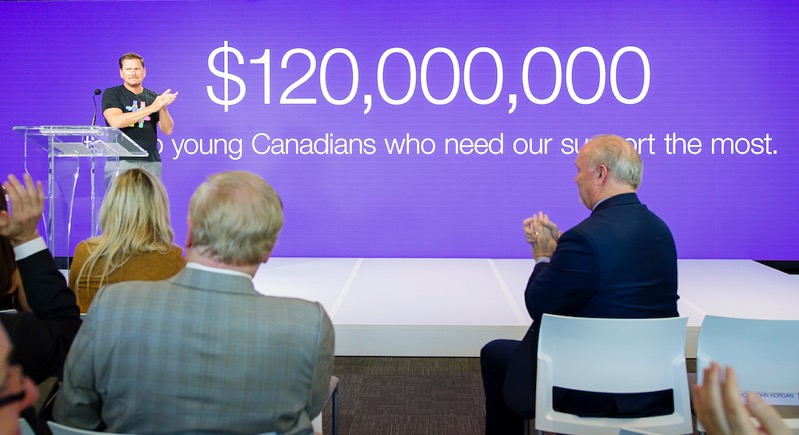 The announcement was made last Friday by CEO Darren Entwistle, with B.C. Premier John Horgan in attendance.

“The TELUS Friendly Future Foundation enables even the smallest grassroots charities that are on the front lines in our communities – yet are often overlooked by large corporate donors – to receive funding grants that will be used to help young Canadians build digital literacy skills, provide basic healthcare and mental health support to the homeless, and open up essential educational opportunities,” said Entwistle in an issued statement to iPhone in Canada.

“At TELUS, we believe that the challenges faced by vulnerable Canadian youth are unacceptable, which is why we are increasing our support of this important group,” said Entwistle.

TELUS says its employees and retired staff have donated over “$1 billion through $530 million in financial support and 1.21 million days of volunteerism,” in the past twenty years.