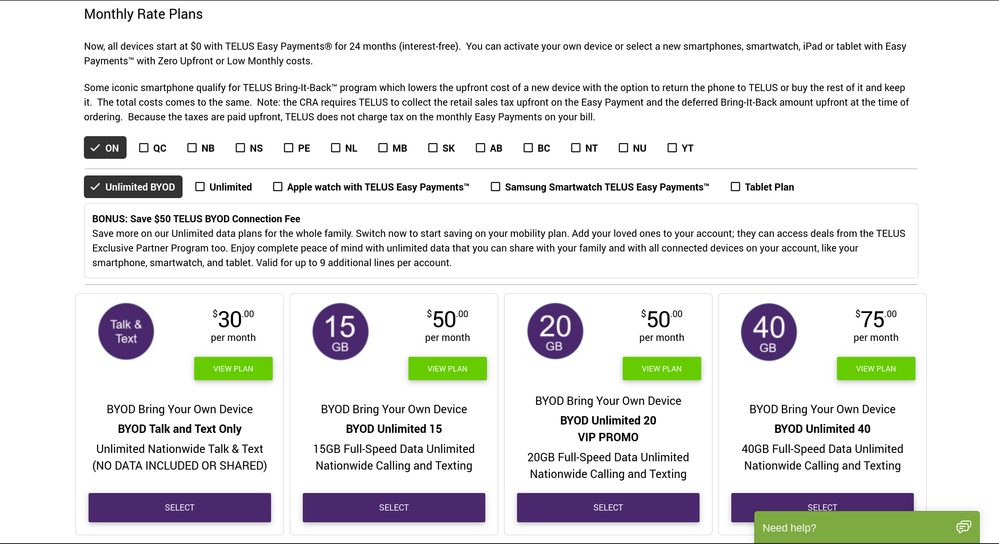 Telus is offering some new exclusive partner program (EPP) offers for October 2021, which includes the return of a $50/20GB bring your own device (BYOD) plan.

Check out the monthly Telus EPP BYOD plans being offered below in Ontario (via RFD):

The plans above include ‘unlimited’ data and include nationwide calling and texting.

Telus says right now you can also save on the $50 connection fee with BYOD plans, as the latter will be waived.

If your employer offers EPP plans through Telus, you may want to check online portals to see if these new plans are being offered to you. Let us know if you’re seeing this $50/20GB plan, as some are seeing it and some aren’t.

Update Oct. 29, 2021: Telus says this offer is only for employees at “select organizations”, so it’s not available to all companies part of the EPP program.