TELUS has announced PureFibre is now available for customers in Edmonton, as a new video on YouTube says “Experience the power of the TELUS PureFibre network today.”

A current Internet 150/150 promo offers upload and download speeds up to 150 Mbps, available for $42 per month for the first six months (then $80/month after)—only if you sign up for TELUS TV on a 2-year agreement, and you’re a new customer. If you sign up for Internet only, the promo $42 price is only for three months (thanks, fine print). 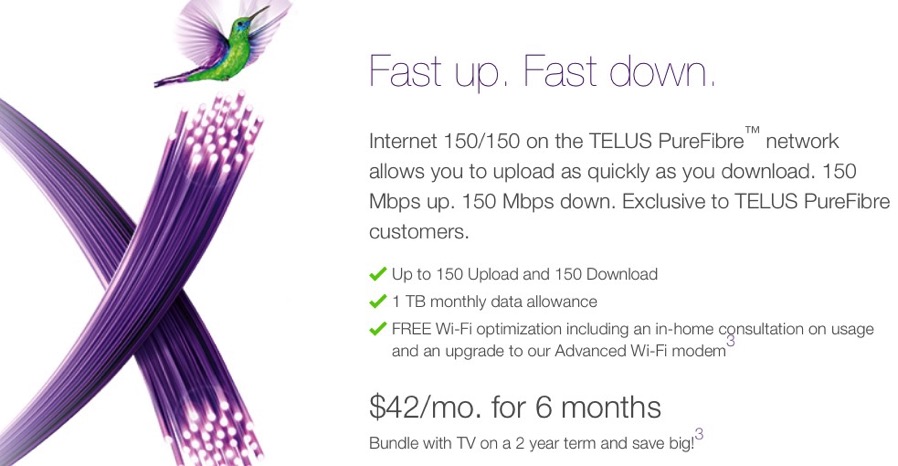 According to the Telus Fibre availability map, northwest parts of Edmonton have Fibre live, along with areas in Ambleside. 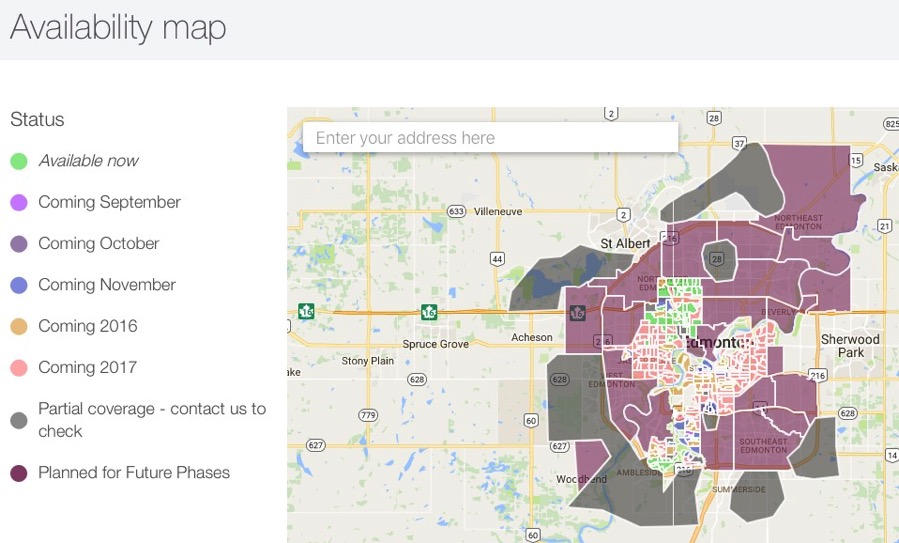 Last year, TELUS announced it would invest $1 billion in Edmonton over the next five to six years to roll out fibre-optic Internet, with ambitions to turn the city into Canada’s first “urban gigabit society,” according to CEO Darren Entwistle.