Telus has today announced that for the first time, nearly 1,000 citizens in the communities of Kegaska and La Romaine in Quebec have access to mobile phone service and high-speed home internet with browsing speeds similar to those available in urban centres. 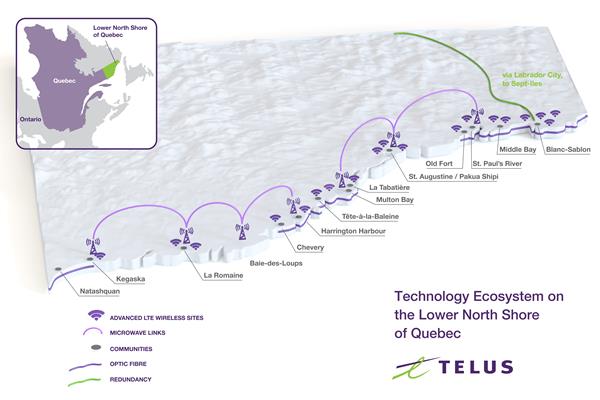 To provide high-speed connectivity services to these two remote communities of the Lower North Shore, Telus is drawing on LTE Advanced world-class wireless technology powered by nearly 200 kilometers of fibre optics and one of the world’s most technologically advanced microwave radio systems.

“Telus’ ambition is to deploy its infrastructure in remote regions, especially in the unprecedented context of the COVID-19 pandemic,” said Marie-Christine D’Amours, Telus Vice-President, Consumer Solutions and Customer Experience in Quebec.

Telus says its LTE Advanced network is best suited to serve the challenging and roadless territory of the Lower North Shore, stretching along 400 km of coastline.