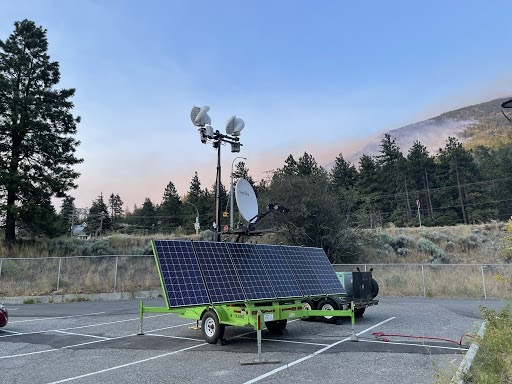 Telus announced on Friday it “continues to work closely with local authorities and emergency crews in response to the Lytton wildfire,” in a statement to iPhone in Canada.

“We have also deployed SmartHubs, satellite phones, hundreds of additional cell phones and charging cables, and comfort kits with necessities like toothbrushes and hand sanitizer to support emergency responders and evacuees,” said a Telus spokesperson in an email to iPhone in Canada.

Telus says it also has:

The company says credits and free overages will be applied automatically for customers, with no action required on their part to contact the company. “We want everyone to focus on staying safe,” added Telus.

Kudos to the Telus team for acting quickly and supporting Lytton.