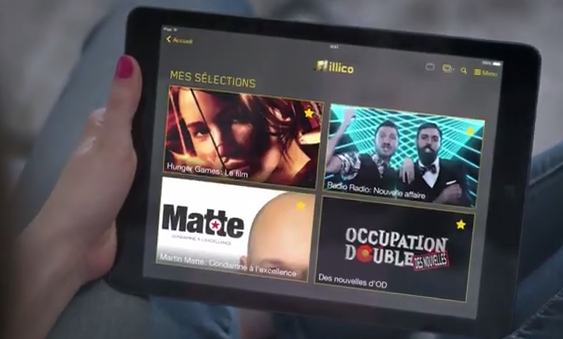 Videotron has announced a new revamped illico iPad app is coming soon for its Quebec customers which “change how users access television programming.” The release of the app is timed to coincide with the company’s 50th anniversary.

“As everyone knows, innovation is in Videotron’s DNA,” said Manon Brouillette, President and CEO of Videotron. “Putting our customers in the driver’s seat, anticipating their needs, adapting to their lifestyle and pace – that is our daily challenge. We put ourselves in the user’s shoes in order to develop this revolutionary iPad app that provides a brand new way of accessing on-screen entertainment content.”

The new illico iPad app will have a customizable interface to allow users to quickly and easily find content, as it will learn your preferences and make suggestions based on previous titles you’ve watched (similar to Netflix).

Multiple users profiles will be available for families to allow for personalized tastes while the press release says users will be able to “cast any content – a video-on-demand title, a live television broadcast or a taped show – directly from their iPad to their television screen with a single click”—this sounds like AirPlay support or the ability to send programming by controlling their PVR.

The app will also allow users to control their PVR from outside they home and also have access to on-demand content and live TV. A teaser of the new iPad app was uploaded to the company’s YouTube channel—in the form of a French rap video (boom!):

The existing illico.tv iPad app can be downloaded here for free.