Quebec wireless carrier Videotron is currently offering a promo $68.95 per month BYOD plan with 12GB of data, for residents in Ottawa. The promotional plan is being advertised via a postcard mailer: 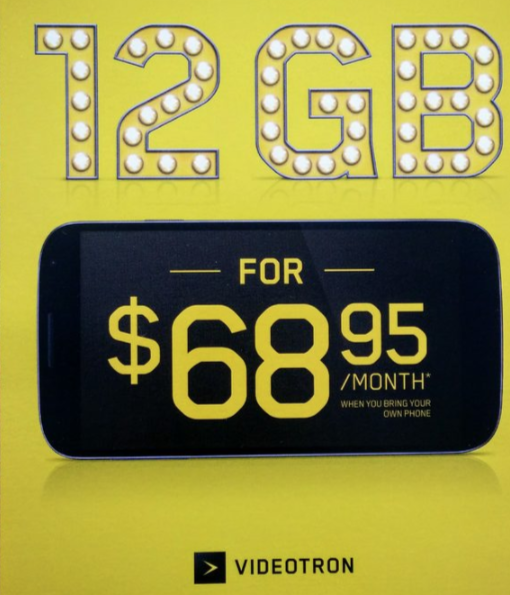 According to Videotron, you can “go crazy with 12 GB”, adding “Get a 12 GB mobile plan with free nationwide talk and text for as little as $68.95/month when you bring your own phone.”

The fine print says the promo is for new residential customers only. The mobile plan part of this offer is the Canada 6GB plan with a free 6GB Add-on. Videotron says the there is a one-time $20 activation fee and $5 SIM card fee.

Industry, Science and Technology Minister François-Philippe Champagne wants concrete commitments on cellular service affordability from both Rogers and Quebecor before he approves the transfer of Shaw-owned Freedom Mobile's licences to Vidéotron, which will allow Rogers' proposed $26 billion takeover of Shaw to proceed — reports The Globe and Mail. According to the publication's sources, Minister...
Nehal Malik
19 hours ago