J.D. Power has released their Canada Wireless Network Quality Study for 2018, and Videotron, Telus and SaskTel were ranked as the leaders in their respective segments. 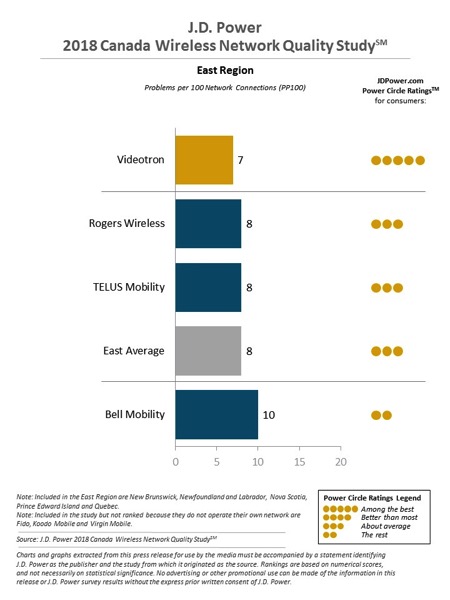 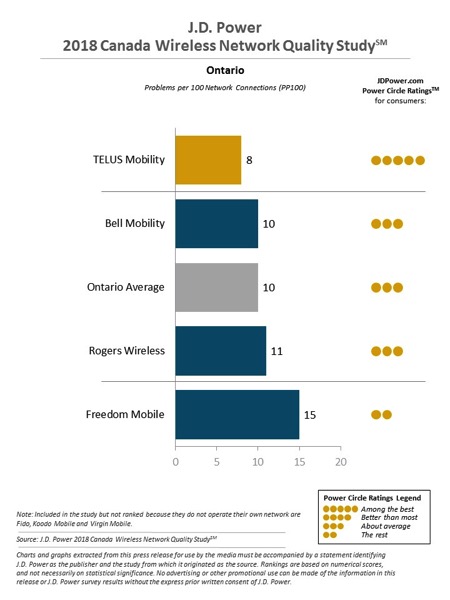 Telus told iPhone in Canada in a statement this marks four years in a row in Ontario and three years in the West, where it has led J.D. Power’s rankings for network quality. A spokesperson said “Today’s report further highlights the strength of the TELUS network.” 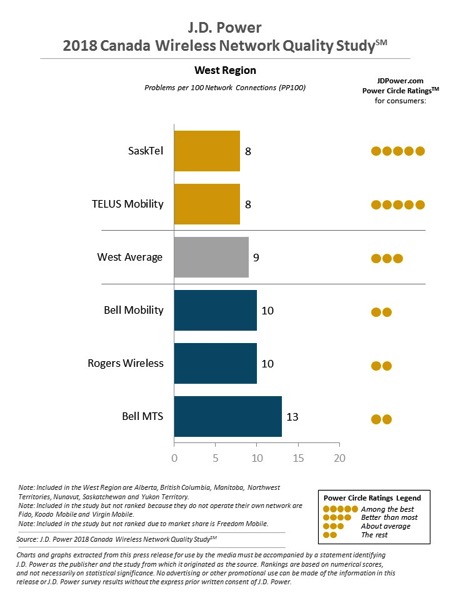 J.D. Power says their data also revealed “23% of customers have had their phone for more than two years, an increase from 21% in 2017”. Those with newer devices also saw fewer slow web and app connection problems compared to those with smartphones older than two years.

“Consumers’ increased appetite for heavy data-based websites and apps, such as streaming HD videos, are causing bottlenecks and impairing the performance of wireless networks when coupled with older devices,” says Adrian Chung,Director of the Technology, Media & Telecom Practice at J.D. Power in Canada, in an issued statement. “Although these issues are more related to end-user devices and their ability to process data rather than network capacity, it has a negative effect on a carrier’s brand image.”

The study says wireless networks and devices “are pushed to their limits”, as one in three Canadians are opting for data plans 5GB or higher.

The study took place from February to March of 2018 and was based on nearly 14,000 responses online, conducted in English and French.

Torontonians and experts are once again calling for Rogers, Bell, and Telus to provide underground cellular service on the Toronto Transit Commission (TTC) subway amid an uptick in violent incidents, including stabbings, armed robberies, and assaults, on the line in recent months — reports CityNews Toronto. In 2012, BAI Communications won a 20-year, $25 million...
Nehal Malik
18 hours ago