Here’s a graphic of the new plans: 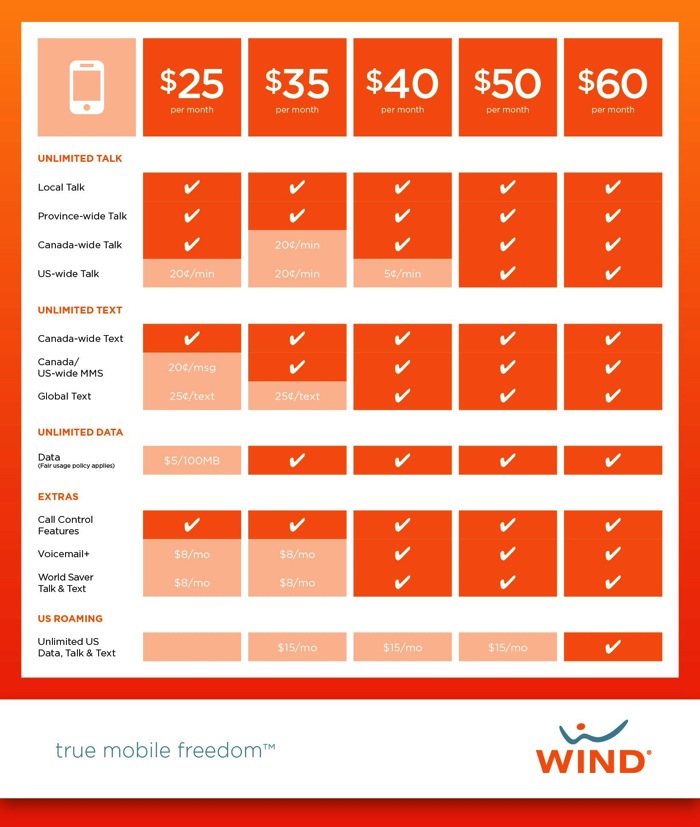 The company’s press release also encourages compatible unlocked devices such as the iPhone 5c and iPhone 5s to join their network and get up to $500 in service credits.

These are amazing plans (available April 7) if you are in an area with excellent WIND Mobile coverage. Let us know if you’re going to jump on this.