If you’re a Mobilicity customer thinking of switching away from the carrier before potential financial ruin takes over, WIND Mobile has launched a new promo to make you switch over.

If you switch to WIND before December 31, 2014, you’ll get to save $10/month on each of the following unlimited plans for the first six months: 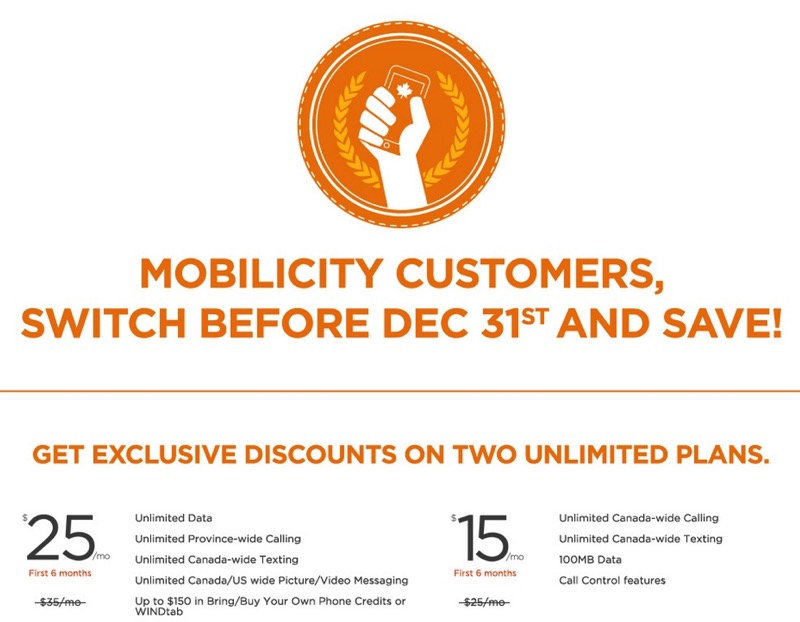 Mobilicity was granted a further grace period from creditors by an Ontario Judge in late November, with the extension expiring on January 30, 2015, which happens to be the last day for the carrier to register for the AWS-3 spectrum auction happening later in 2015.

TekSavvy announced on Monday it has launched a new referral program in time for the holiday season, offering both parties $120 in bill credits each. The new “Give $120 and Get $120” program is “about pivoting from spending on unnecessary items to sharing savings between customers and their friends or family,” said a spokesperson in […]
Gary Ng
13 hours ago