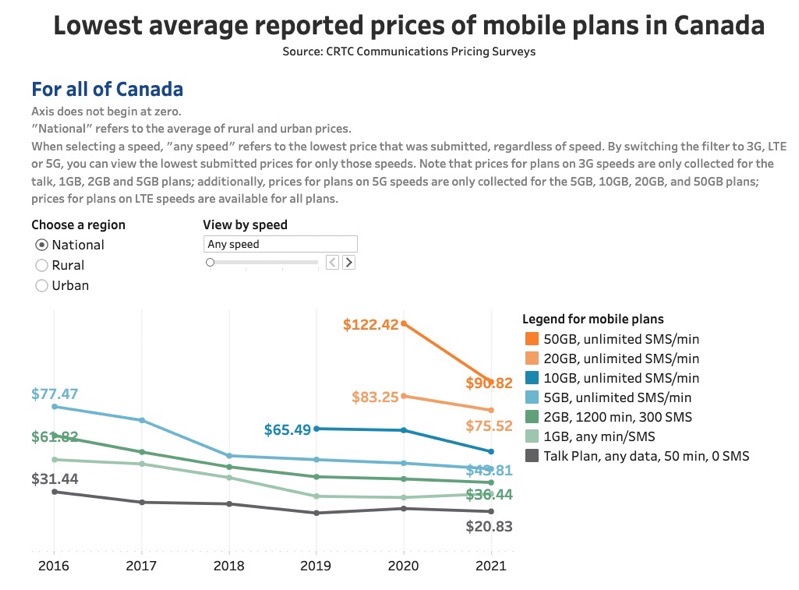 The conclusion? According to the CRTC, it paints a picture of wireless users in Canada living in utopia. Mobile wireless service plans are dropping in price year-over-year, while data usage continues to surge every year. It also says network coverage has essentially reached 99.7% of Canadians, including 98.9% of those in Northern Canada and 98.5% of those in rural areas.

The CWTA of course said this was made possible by the “billions of dollars” invested by Canadian wireless providers, which included $3.45 billion in capital spending and $8.9 billion on spectrum licenses last year alone.

“The CRTC has confirmed what has already been reported by the Department of Innovation, Science and Economic Development, and that has been clear to industry watchers for several years: mobile wireless service prices have been steadily declining, and usage of mobile services continues to grow,” said Robert Ghiz, President and CEO of CWTA, in a statement.

The wireless industry says it is on track to meet the federal government’s goal of having 100% mobile coverage for all Canadians by 2026.

Have you seen your wireless bills drop year-over-year?