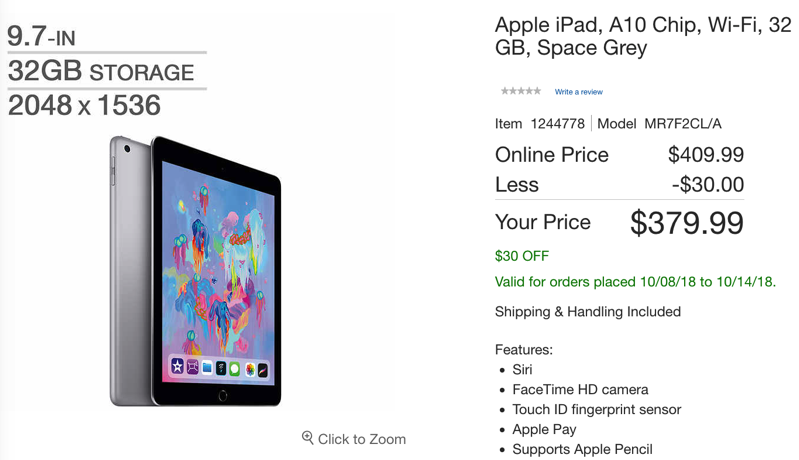 The 2018 iPad supports Apple Pencil and is powered by the company’s A10 processor.

Why buy from Costco? You’ll get 90 days to return the iPad for a full refund, compared to 14 days at retailers like Best Buy or Apple, if you change your mind.

Apple is rumoured to possibly hold an October special event, where it may unveil new iPad Pro models, along with a possible MacBook refresh. With Google set to hold a special event tomorrow to unveil its Pixel 3, I wouldn’t be surprised if Apple sent out event invites at the same time, to try to steal some attention away from its Android competitor.