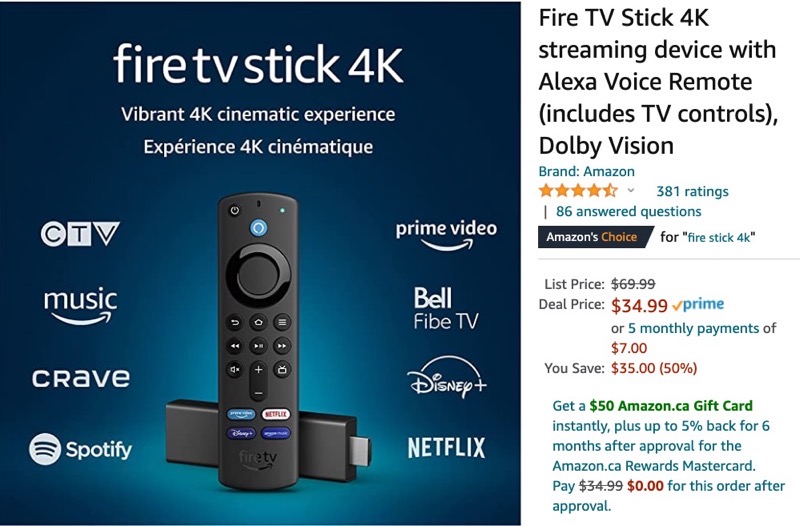 If you’ve been waiting to buy an Amazon Fire TV Stick 4K, the streaming media player stick has just dropped to its lowest price ever on the site, down 50% to $34.99, saving you $35. This early Black Friday deal is the lowest price you’ll likely see for this streaming stick.

The Fire TV Stick 4K supports Dolby Vision and Dolby Atmos, but lacks Wi-Fi 6 and live view picture-in-picture found in the newest Fire TV Stick 4K Max. You do get an Alexa Voice Remote and access to all the latest streaming apps such as Disney+, Netflix, Prime Video and more.

For those waiting for a Roku Streaming Stick+ sale, it has dropped to $44.98, the lowest price ever on Amazon.ca. This stick supports Apple’s AirPlay.

You can check out Amazon’s other early Black Friday deals here.

Click here to buy the Fire TV Stick 4K while it’s still on sale for 50% off.