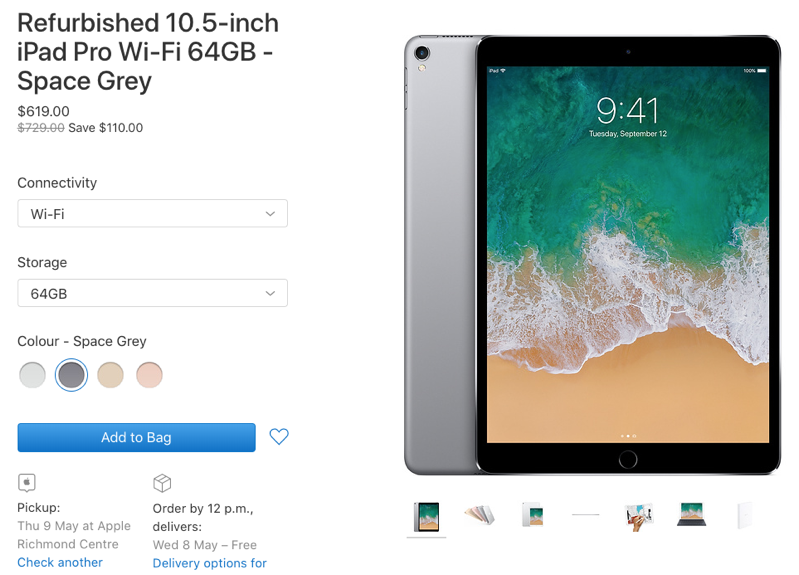 Apple.ca has refurbished 10.5-inch iPad Pro models available, priced from $619 for the 64GB Wi-Fi model, saving you $110 off its regular MSRP. As of writing, Space Grey and Rose Gold are available still.

This 10.5-inch iPad Pro is from 2017 and is powered by the A10X Fusion, featuring ProMotion technology in its display for faster refresh rates.

Refurbished iPads from Apple come with a new outer shell and battery. They are also eligible for AppleCare if you want extra coverage.

This won’t be in stock for long, so click here to jump on it at Apple.ca while it’s still in stock.

If you’re looking for a decent deal on a cellular Apple Watch Series 6, check out this clearance offer right now that has slashed the wearable by 55% off. Sport Chek has the Apple Watch Series 6 GPS+LTE 40mm available for $295.97, which is $364 off its MSRP of $659. Only Gold Aluminum with Pink […]
IIC Deals
10 hours ago