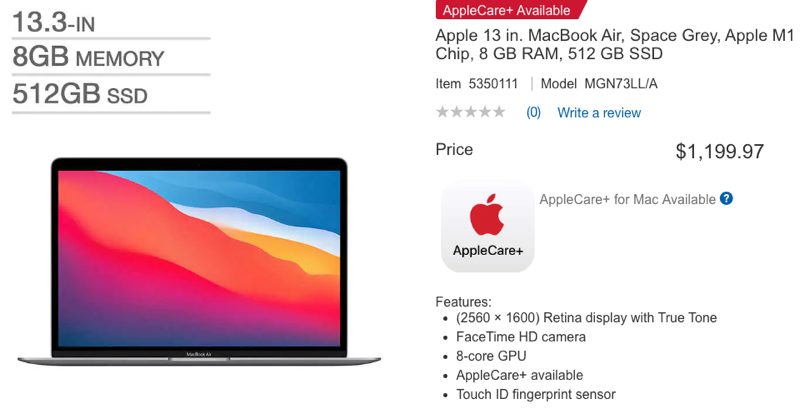 Apple’s M1 MacBook Air has reached clearance pricing at Costco, as the 13-inch laptop with 8GB RAM and upgraded 512GB SSD and 8-core GPU has been price dropped to $1,199.97.

The M1 MacBook Air has been replaced by the all-new M2 MacBook Air, but it can still hold its own for casual users and students thanks to the speedy M1 processor.

You also get a FaceTime HD camera, Touch ID plus a Retina display with True Tone support. The M1 MacBook Air from Costco also is eligible for AppleCare+.

As of writing, 38 of these MacBook Airs are available for purchase on Costco.ca.