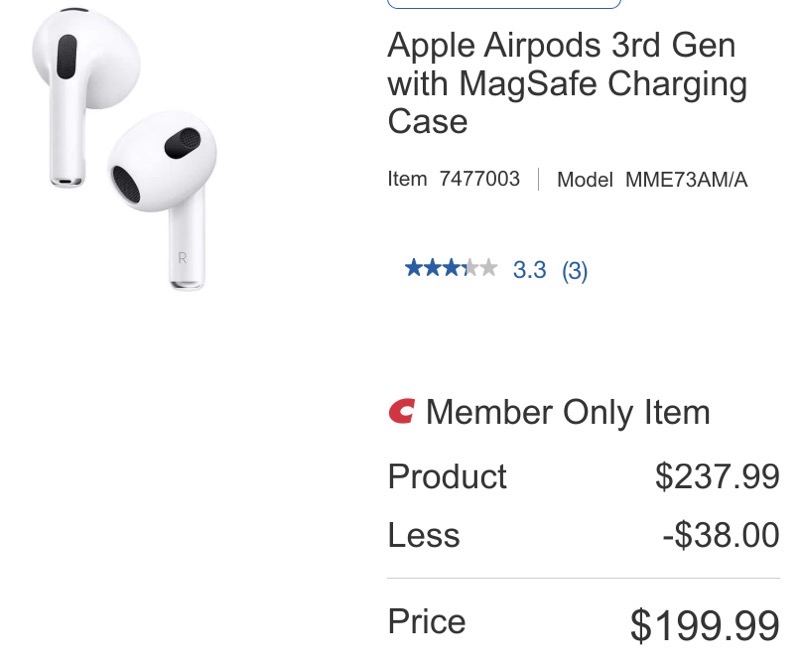 Apple’s all-new AirPods 3 have been slashed down to $199.99 on Costco.ca, which appears to be the biggest discount we’ve seen yet for Apple’s latest wireless earphones.

AirPods 3 normally sell for $239 from Apple, but Costco has them for $39 off at $199, saving you 16% off. Along with Costco’s rock-solid return policy, this is a good price for AirPods 3 right now.

AirPods 3 include support for Spatial audio and also a real-time adaptive EQ like AirPods Max. They do not have Active Noise Cancellation, but you do get a MagSafe wireless charging case.

Costco says the AirPods 3 deal is only available from December 16-18, 2021, so get them while you can. We may see similar pricing for Boxing Day, which is coming up soon.

Amazon announced a bunch of new products for 2022 earlier this week, and now it has slashed the pricing on existing Echo, Fire TV devices and more, down to all-time lows. Check out the list of everything on sale below… Fire TV Devices: Up to 50% Off Fire TV Stick with Alexa Voice Remote – […]
IIC Deals
14 hours ago