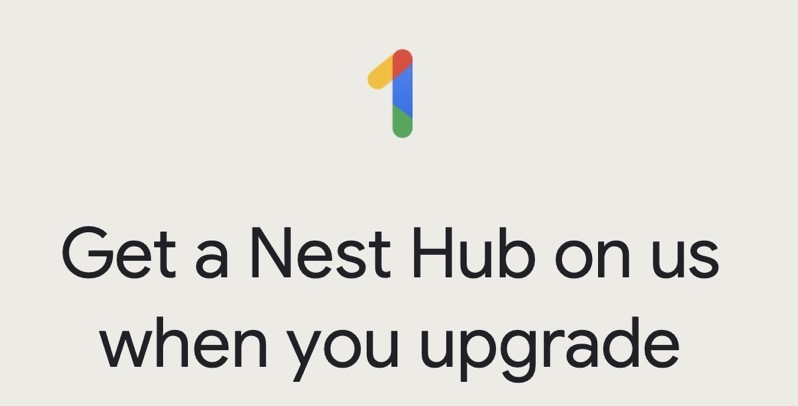 Google is offering customers a free Nest Hub smart speaker ($129 CAD value) when they upgrade or sign up for a 2TB Google One cloud storage account.

According to an email received by iPhone in Canada outlining the deal, Google says an upgrade to a premium 2GB annual plan will include a free Nest Hub, plus free shipping. The promo is limited to one per plan and ends on September 15, 2022.

Google says one week after upgrading or signing up for a premium 2TB plan ($139 CAD/year), you will receive an email with instructions on how to redeem your free Nest Hub.

There are various Google One cloud storage accounts, but the 2TB plan includes expanded storage, 10% back in Google Store rewards, access to Google Workspace Premium, and a free VPN for Android and iOS.