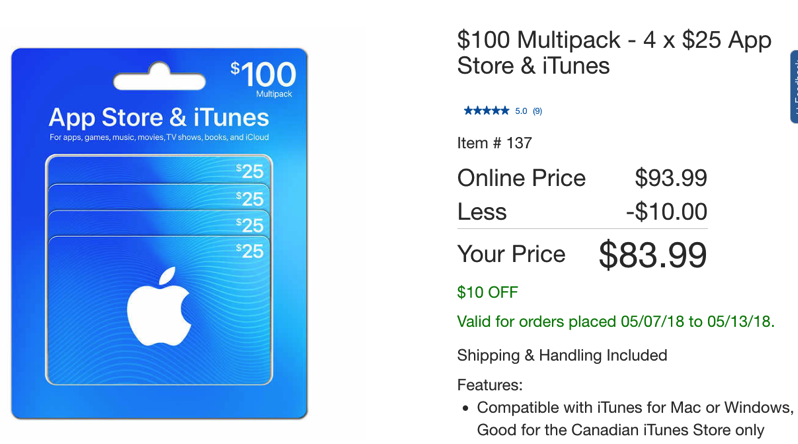 The sale goes from today until May 13, 2018. If you really want to save money, buy online for $5 more so you don’t end up spending $500 at your local Costco warehouse (although that’s so much fun, right?).

The last time we saw this sale was back in late March, so for it to return again in less than two months is pretty decent.

Amazon has launched an expanded sale on a variety of its devices, slashing the prices on Echo, Fire TV, Kindle, Blink products and more. These sales come after Amazon announced new products last week. Check out the full list of devices on sale below, which now includes Ring and Blink doorbells and cameras: Fire TV […]
IIC Deals
18 hours ago