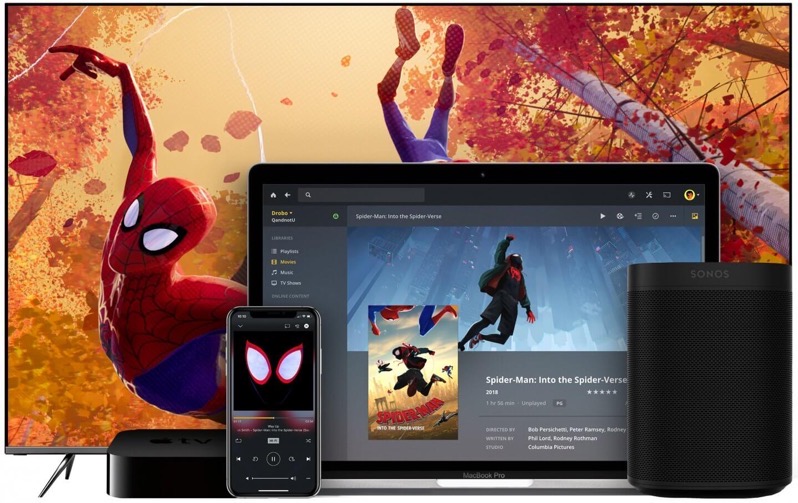 Plex allows users to create a media server and build a library of music, TV shows, movies and more, accessible from anywhere and pretty much from any device.

With a Plex Pass subscription, users can get early access to new features, get beta releases of Plex media Server, watch and record over-the-air TV with a compatible tuner and digital antenna, plus other premium features such as elevated music libraries and multiple user account switching.

A lifetime Plex Pass normally costs $159.99 CAD in Canada, but to celebrate the company’s 10th anniversary, it’s now been discounted by 25% to $119.99, when you checkout with code PLEX4LIFE.

In other Plex news, today the company updated its music feature with faster and more accurate recognition, improved metadata (including artwork, artist bios, reviews, and more), and the addition of Tunefind.

Plex says Tunefind allows users to find albums and tracks from movies and TV episodes listed alongside other related media in your Plex library.

Plex tells iPhone in Canada this lifetime deal expires on November 22 at 11:59 PST and is for new subscribers only

With the launch of Apple Watch Series 8, deals on the previous Series 7 are now available. Amazon Canada has cut the price of the Apple Watch Series 7 by $100 off for the smaller 41mm version, down to $429.99. This is for the Starlight aluminium case with Starlight Sport Band. The same price is […]
IIC Deals
19 hours ago

Amazon announced a bunch of new products for 2022 earlier this week, and now it has slashed the pricing on existing Echo, Fire TV devices and more, down to all-time lows. Check out the list of everything on sale below… Fire TV Devices: Up to 50% Off Fire TV Stick with Alexa Voice Remote – […]
IIC Deals
20 hours ago