Last week, a report from AllThingsD suggested a September 18 release for Apple TV’s latest software update, alongside the public release of iOS 7, which eventually did not happen. Today however, Apple has released the Apple TV 6.0 software update with tons of new features, including AirPlay from iCloud, iCloud Photos and Videos, iTunes Music Store, Podcasts and Vevo. While the update also includes iTunes Radio (in U.S.), it is not available to Canadian users. 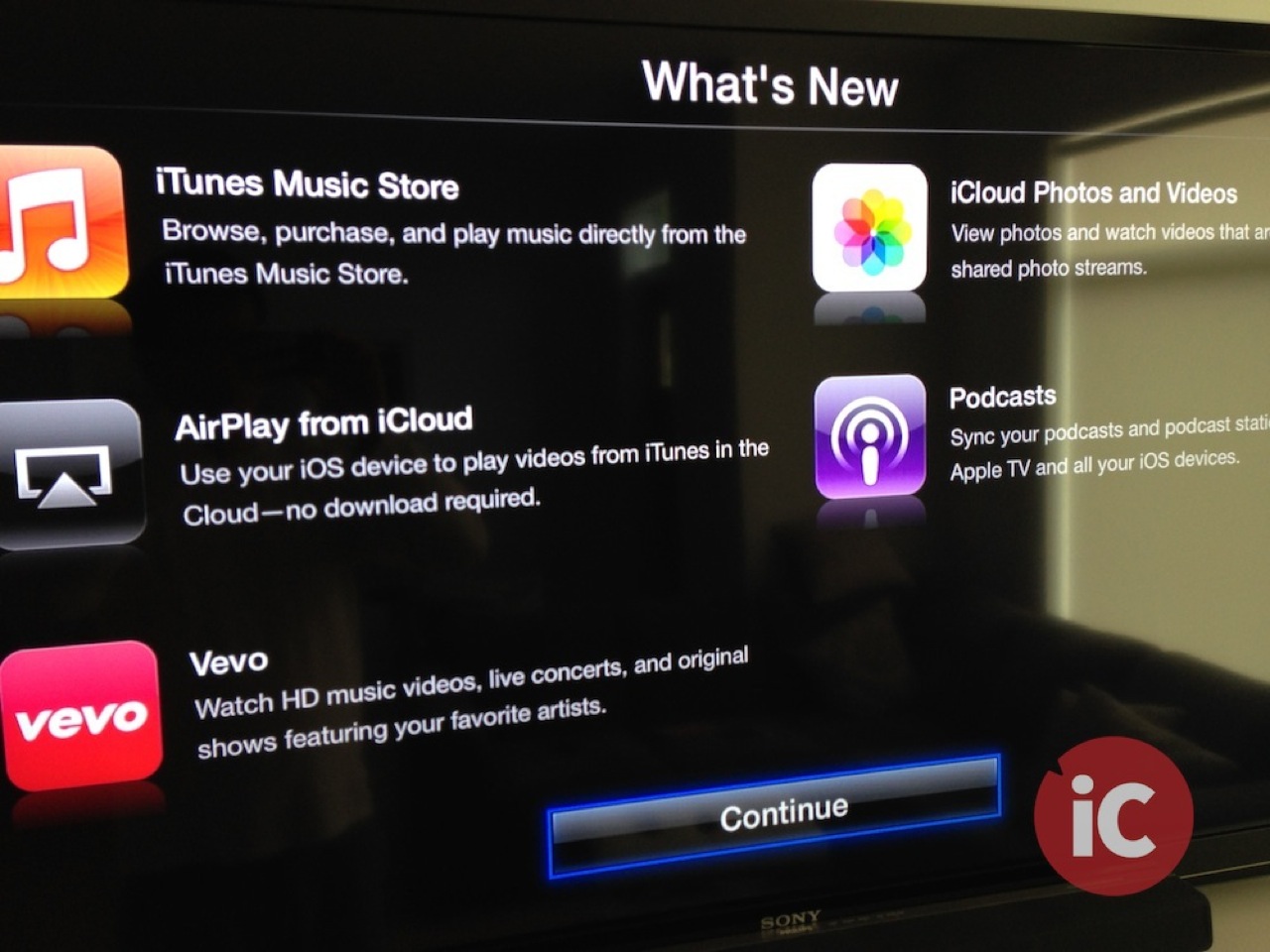 With the latest software update, Apple TV users can use iTunes Music Store to purchase music directly on their TVs and also AirPlay from iCloud, that allows Apple TV to play content from iTunes in the Cloud instead of your AirPlay device when possible. The iCloud Photos and Videos now replaces the PhotoStream feature, while Vevo lets users watch HD music videos, live concerts and original shows featuring their favourite artists, directly on their Apple TV set top box.

The following Apple TV 6.0 software builds have been released today:

Have you updated your Apple TV yet?