Hockey Fans: Ask Siri “Show Me a Picture of God”, Get a Surprise [PIC]

Siri, Apple’s voice assistant is special. So special she thinks god is a member of the Ottawa Senators, captain Daniel Alfredsson. All you have to do is ask her “show me a picture of god” and you’ll get the following answer: 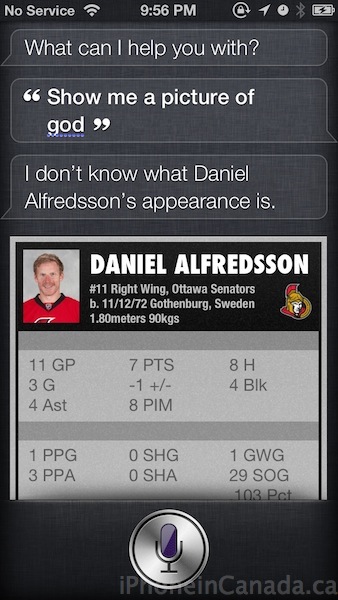 What does Alfredsson think of this? He told Sportsnet TV reporter Ian Mendes the following:

Alfredsson on the Siri app identifying him as God: “I guess I have to get to work to figure out who the next Pope is.”

Pretty cool, huh? Show this to any Ottawa Senators fan and you’ll be able to make them giggle like a little school girl. But seriously, is Daniel Alfredsson really god? Is this some sort of sick Easter egg joke from Apple? Let us know if this works for you.

BONUS: Ask Siri “what does Mr. Universe look like?” and she’ll answer the following: 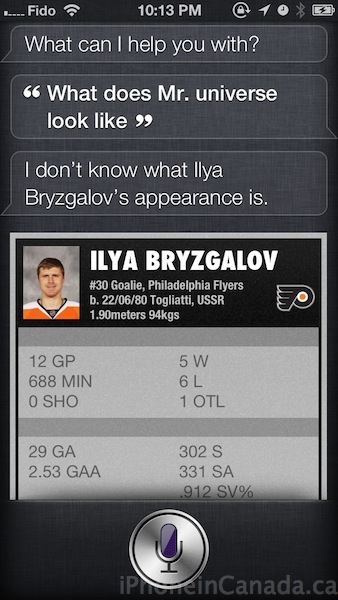