As expected, Apple has debuted the all new iPad Mini at today’s special media event in San Jose, California. The smaller iPad features a 7.9″ display with super-thin aluminum chassis, an A5 dual-core processor, a front facing FaceTime HD camera, a 5MP iSight camera at the rear, Lightning dock connector, 10-hour battery life and comes in 16GB, 32GB and 64GB configurations with Wi-Fi and Wi-Fi+LTE options. Available in two colours i.e black and white, the iPad Mini pre-orders will begin on 26th October with shipments starting on 2nd November. Full details and specs after the break! 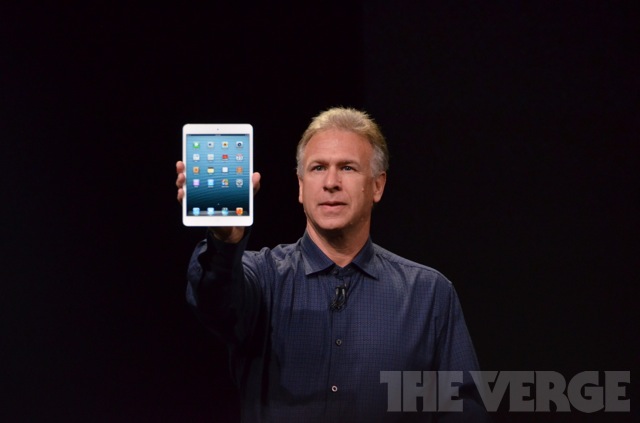 The iPad mini is just 7.2mm thick and weighs 0.68 lbs. According to Apple, it is about a quarter thinner than the 4th gen iPad i.e. even thinner than a pencil. Constructed in aluminum, the white and slate black versions of iPad Mini feature a similar construction to the iPhone 5, with diamond cut edges. 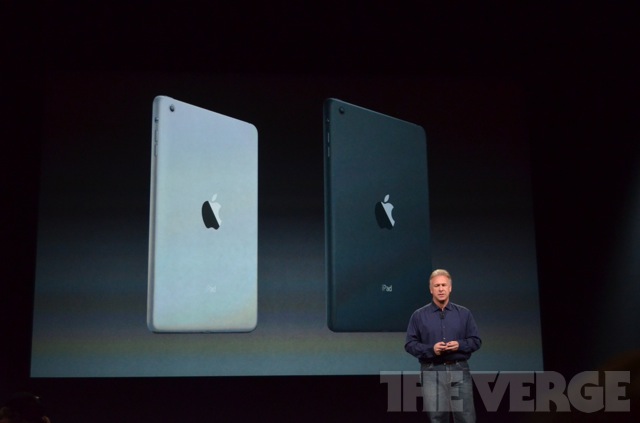 The iPad Mini has a 7.9″ display with 1024 x 768 resolution, the same as the iPad 2. As a result, all the software made for the none-Retina iPad works on the iPad Mini with no change. 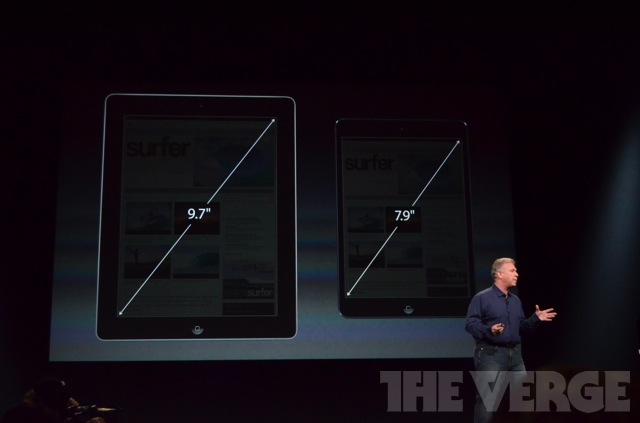 It features a dual core A5 processor, similar to that of the iPad 2. The front has a FaceTime HD camera while there’s a 5MP iSight camera around the back. Flash is not included though. 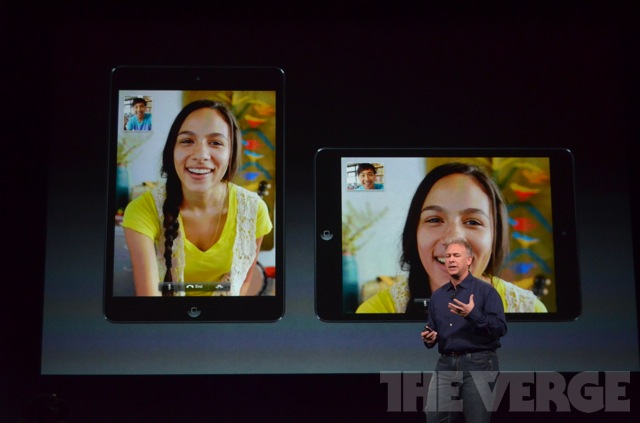 The battery life for the iPad Mini is the same as the larger iPad i.e 10 hours. Of course, it features the new Lightning dock connector, a headphone jack on top, volume rocker on the side with microphone and speaker at the bottom. iPad Mini with cellular capabilities features high speed LTE connectivity, in addition to Wi-Fi 802.11n and Bluetooth 4.0. 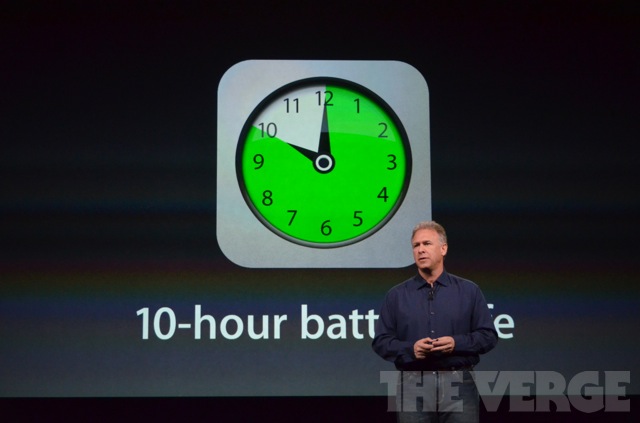 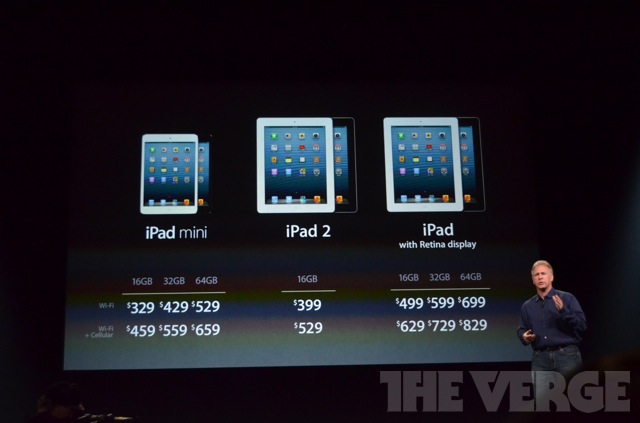 The aboce prices are for the US, but we’ll update you with the respective prices of iPad Mini in Canada pretty soon. Stay tuned!

Update: Here’s an excellent overview of the event via @meadorsmusings: