Starting Monday, parents of children born in the Northwest Territories between April 1, 2014, and March 31, 2015, can apply for a free iPad mini worth $280, part of a double initiative called “techno baby bags of the future” (via the National Post). 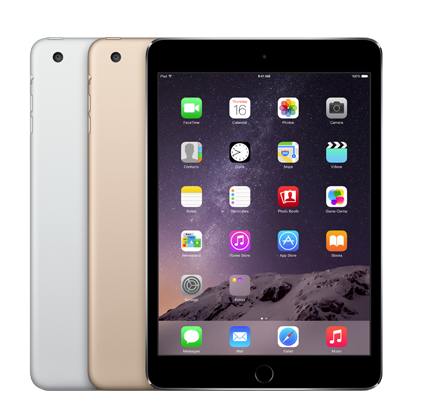 The backgrounder of the iPad giveaway seems to be a recent three-year government analysis, which found that 38% of NWT five-year-olds are vulnerable in one area of their development and seem to be more exposed to risks from poor nutrition, lack of sleep, and general well-being than most Canadian children are.

To address this issue, the government has secured a $1.8 billion budget. The NWT received about $750,000 of that amount, of which more than half is coming from a public-private partnership with Chevron, an oil and gas company. The total cost of the project over three years is $1.16 million.

Speaking with the National Post, Daryl Dolynny, the MLA for Range Lake, quickly pointed out that, in his opinion, the government is spending tons of money on unproven programs such as this one. Indeed, the study highlights the needs of NWT children, but the National Post doesn’t mention if the same government-commissioned study includes recommendations of how to address this issue or whether putting the latest and greatest technology in the hands of fresh parents will help them solve the matter.

Mr. Dolynny also fears the project is an end-of-year budget “splurge.” He finds it odd the government was unwilling to make a similar investment in junior kindergarten a few years ago.

As the parent of two wonderful children, I can only hope that these parents will use these devices as a tool to get informed and not to download games or access gambling sites.

The first 100 free iPad minis will be delivered to parents by mid-May. What do you think: does owning an iPad makes you a better parent?