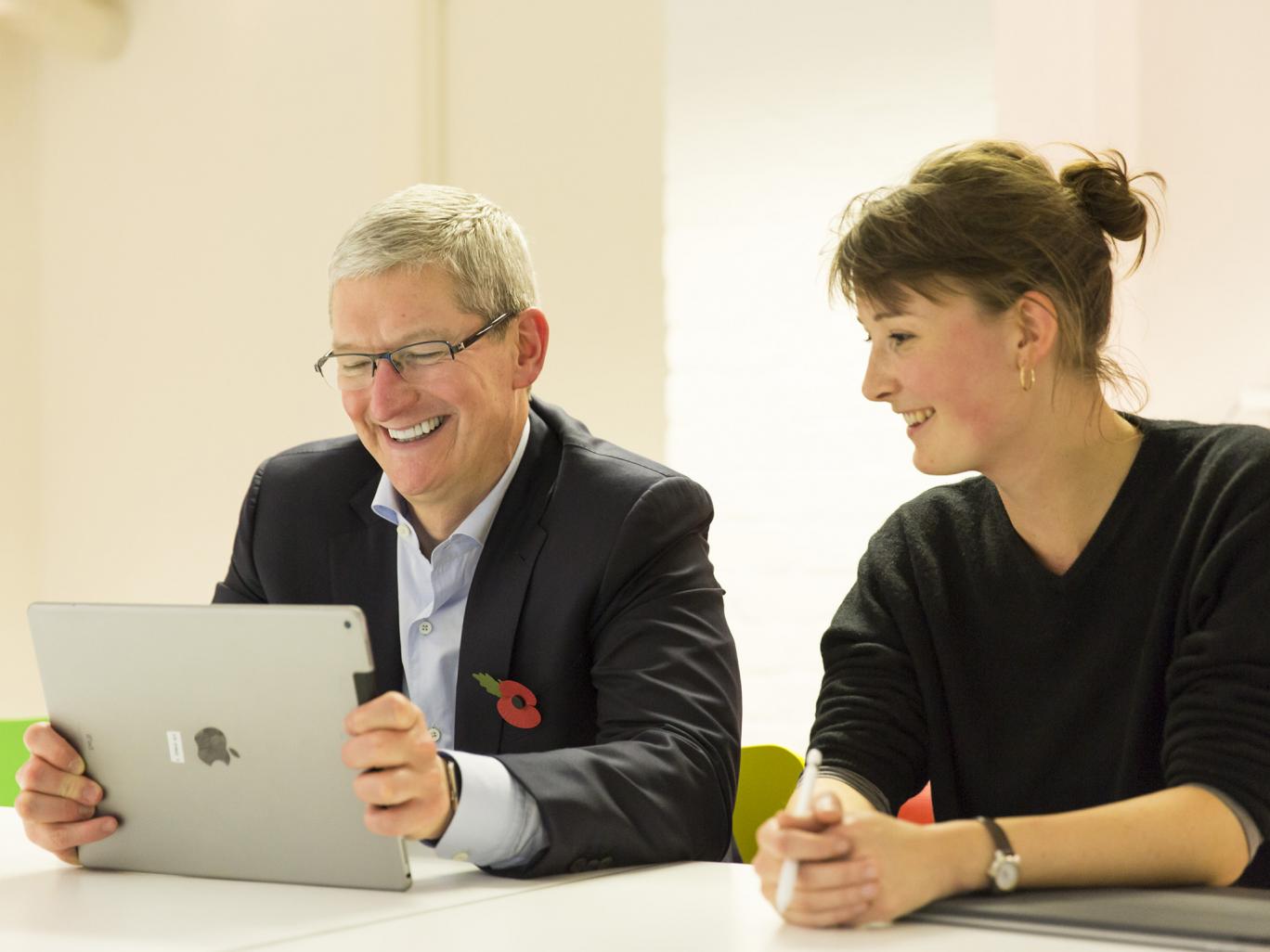 Speaking with the Independent, Tim Cook emphasized that this gigantic iPad “now appeals to virtually everybody,” thanks to the Apple Pencil and the Smart Keyboard, which help turn the tablet into a laptop replacement.

When asked about the Apple Pencil and whether a tablet needs it, Cook replied:

“Well, we didn’t really do a stylus, we did a Pencil. The traditional stylus is fat, it has really bad latency so you’re sketching here and it’s filling the line in somewhere behind. You can’t sketch with something like that, you need something that mimics the look and feel of the pencil itself or you’re not going to replace it. We’re not trying to replace finger touch, we’re complementing it with the Pencil.”

“The thing that struck me the most,” Johnston went on, “is that it completely transformed the iPad experience when you use the Pencil or the Keyboard with it. It’s not just that I want it because it’s the best iPad, it’s that the tools that go with it allow me to do things that my finger won’t allow me to do.”

Apple’s Eddy Cue sat down with CNN to talk about the iPad Pro. He described it as a great tool for consuming content, such as email, news, and websites, and praised the built-in speakers.

Hearing sound from the iPad Pro for the first time “changed the way I thought of the product,” Cue said. “I didn’t realize how much of a difference it was going to make — that you’ve got this stereo sound coming out of a device like this.”

Like Cook, Cue is using the iPad Pro every day. Cook said this is the only device he uses alongside his iPhone.

The new iPad Pro is part of Apple’s tradition of “going around the corner,” Cue said. “You have to think of things that, if you ask people, they may not ask you for that, but once they see it, touch it, feel it, it is what they want,” he added.