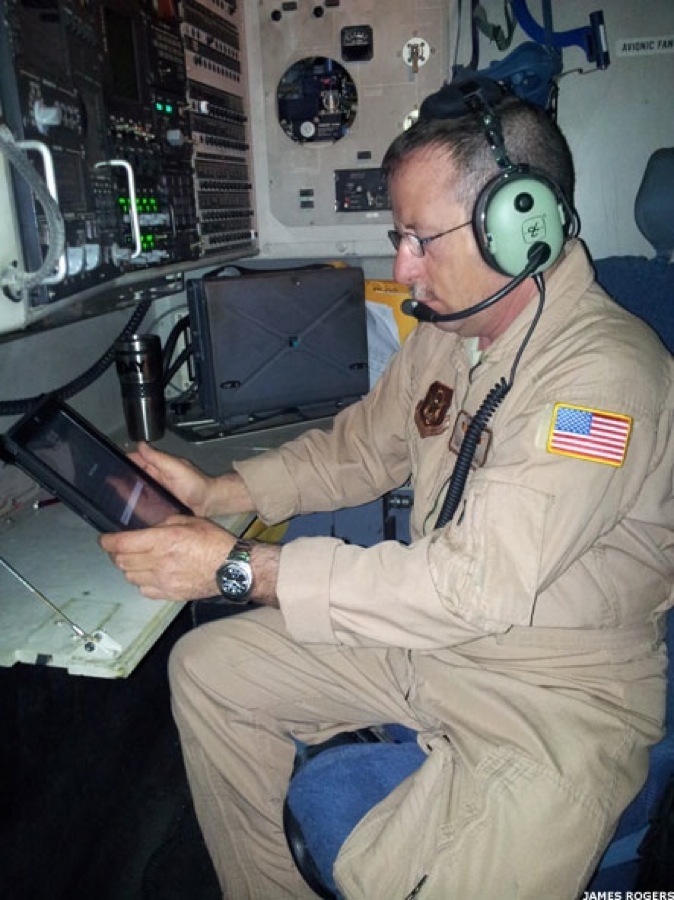 In an interview with James Rogers of The Street, a spokesman for the U.S. Air Force’s Air Mobility Command said that using lightweight iPads instead of heavy paper flight manuals will amount to $750,000 annual savings on fuel alone, according to AppleInsider. The U.S. Air Force is now planning to save more than $50 million over the next 10 years by purchasing 18,000 iPads for use as electronic flight bags, he said.

Rogers, who was embedded recently with the U.S. Air Force and got to see Apple’s iPad in action, added that AMC will no longer have to print those hefty flight manuals, which will save another $5 million per year. Major Brian Moritz, manager of the AMC’s electronic flight bag program, revealed the Air Force expects the iPads to help save $5.7 million per year.

We’re saving about 90 pounds of paper per aircraft and limiting the need for each crew member to carry a 30 to 40 pound paper file,” Moritz said. “It adds up to quite a lot of weight in paper.”

The Air Force spent $9.36 million a year ago on 18,000 iPad units for use in the military arm’s cargo aircraft. The 32-gigabyte Wi-Fi-only version of Apple’s touchscreen tablet was purchased with bulk discount from Apple, at a price of around $520 per unit.

About 16,000 third-generation iPad with Retina display units are now in use by AMC crew, according to Rogers. The remaining 2,000 units are said to have been deployed across other Air Force units.