Here is an interesting iPhone 4S / 5 leak. America’s leading telephone company Cincinnati Bell’s official website briefly listed a new iPhone today i.e an iPhone 5 which were removed pretty quickly after that. However, a TUAW reader Cory L. captured a screenshot from his web browser (shown below) while browsing the company’s website. The screenshot clearly shows a placeholder for an iPhone 5 with no image and no “Add to basket” purchase button. Even more interesting is that the screenshot also shows specs and prices with the iPhone 5 listing. 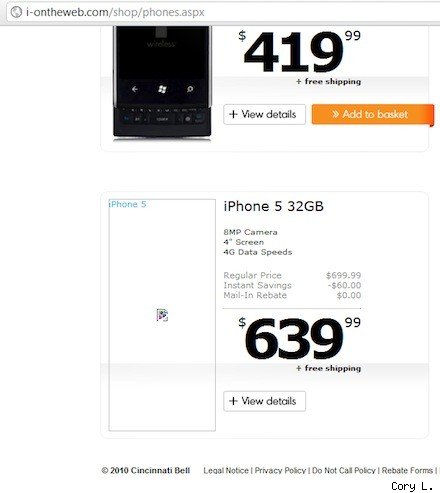 As noted by the source, the specs shown above such as an 8MP camera, 4G speeds and a 4″ screen with iPhone 5, all align with majority of rumors that we’ve already heard about the device. However, soon after this screenshot was published by TUAW, they received another screenshot from the same site showing a cheaper iPhone 4S with different specs. 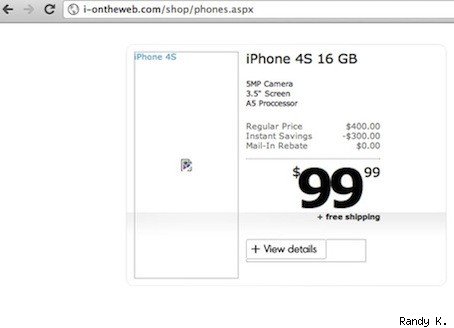 Well, lets not get too excited here looking at the above screenshots since nothing is yet confirmed. I’m sure we’ll find it all out on Tuesday, October 4th at Apple’s “Lets Talk iPhone” media event in Cupertino. Stay tuned!