Appleleaks has just posted an image on their website claiming it to be the logic board of either iPhone 5 or iPhone 4S handset which adds even more detail to the earlier claim from MacRumors regarding leaked back cover of N94 iPhone 5 prototype device which is speculated to support both CDMA and GSM technologies in the same handset. 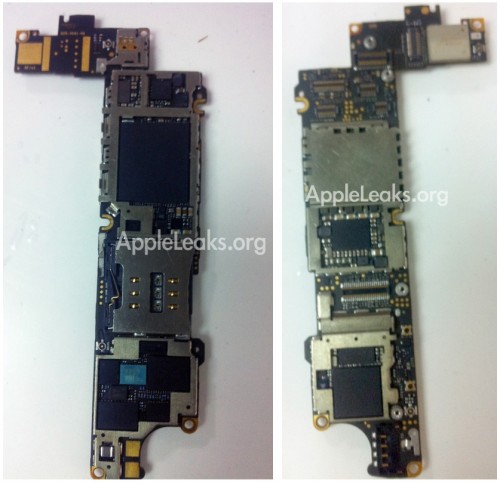 When this newly leaked image is compared with iPhone 4 (GSM & CDMA) teardown images from iFixit, it is noted that new logic board resembles more with that of the CDMA iPhone 4, except that it sports a SIM-card slot too. Also, the larger processor housing space on the logic board could confirm the inclusion of A5 chip in the next generation iPhone handset. According to MacRumors:

That inclusion of the SIM-card slot on the new logic board has resulted in a reshuffling of the chip locations on the front of the board, while the back side remains quite similar to the CDMA iPhone 4 logic board. 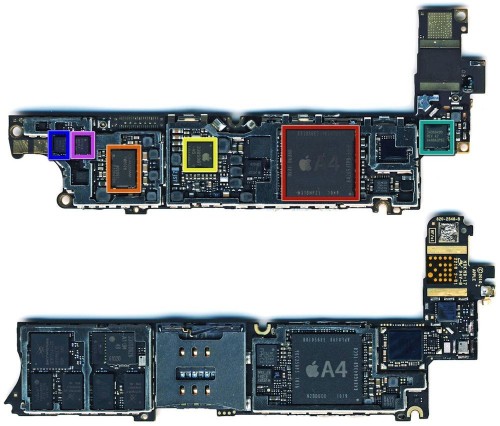 What conclusions can we draw from this leak? Well at least some form of next gen iPhone handset, either iPhone 5 or 4s, will sport the faster A5 processor while presence of a SIM-card slot on a CDMA logic board also confirms GSM compatibility for this device.