Apple Updates MacBook Air with Faster Processor, But That’s About It

While Apple released updates to the iMac, MacBook Pro, MacBook and introduced a new iMac Pro, there was still one minor upgrade that may have gone unnoticed: the MacBook Air.

Apple didn’t spend much time talking about the MacBook Air’s upgrade, because it was relatively minor. In the company’s press release, a simple one-liner summarized the upgrade: a 1.8 Ghz processor. 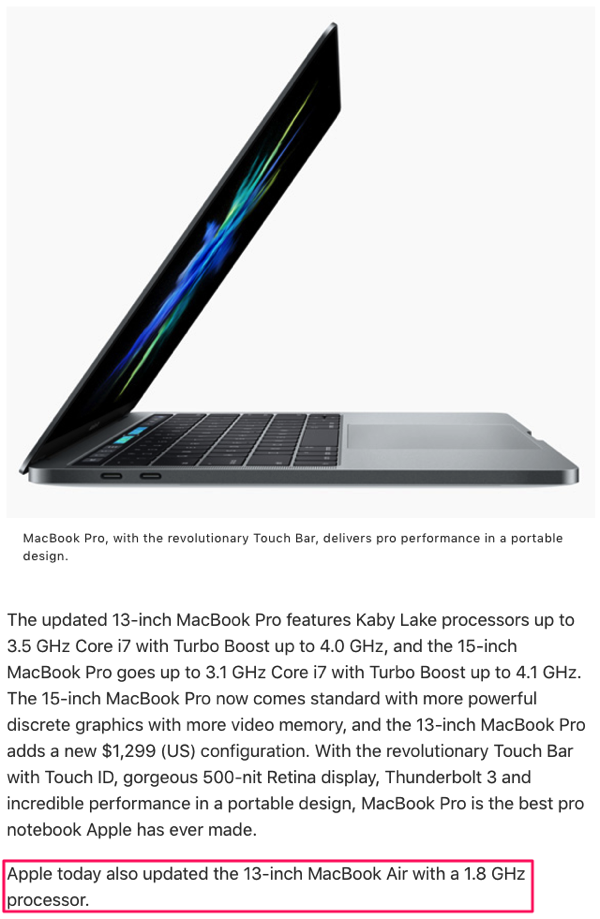 So the MacBook Air from 2015 is still alive, now with a faster Intel Broadwell CPU starting at 1.8 GHz, but configurable up to 2.2 GHz: 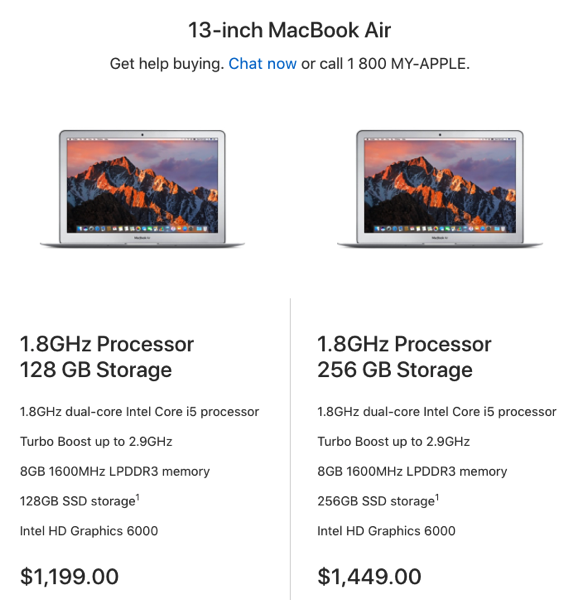 The MacBook Air is available on Apple.ca starting at $1199 for the model with 128GB storage, and $1449 for the 256GB model. At this price point, it’s the cheapest Apple laptop you can buy, catering to students and those who don’t want jump up to a MacBook Pro.