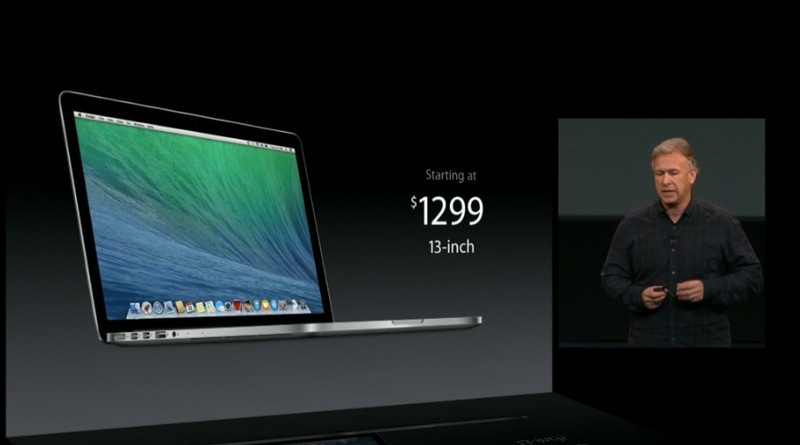 During the presentation, Phil Schiller highlighted that the 13″ MacBook Pro in now thinner and lighter, weighing only 3.46 lbs and is 0.71-inch thin. It features the new 4th-generation Haswell Dual-Core processor with Iris integrated graphics, making it 90% faster than previous generation. The battery life gets a boost to 9 hours, up from 7 hours. Other improvements include PCIe-based flash storage, which is 60% faster than previous generation, 802.11ac wireless and Thunderbolt 2 ports. 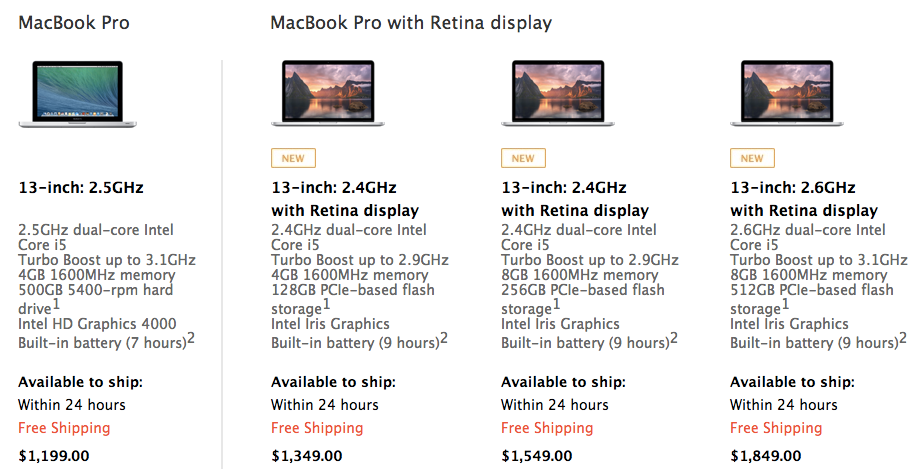 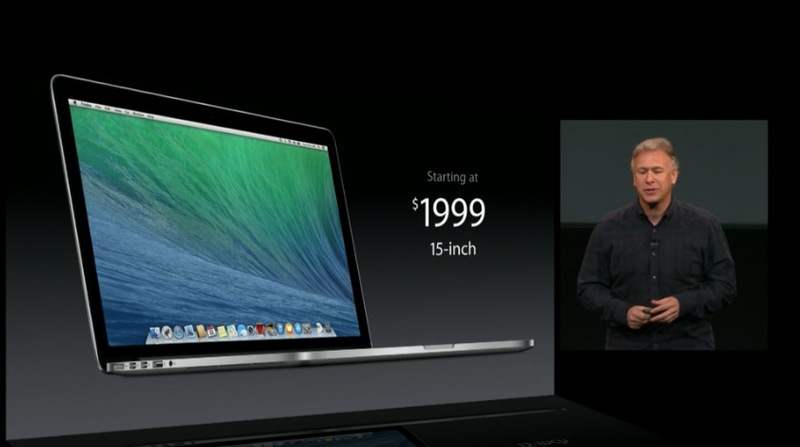 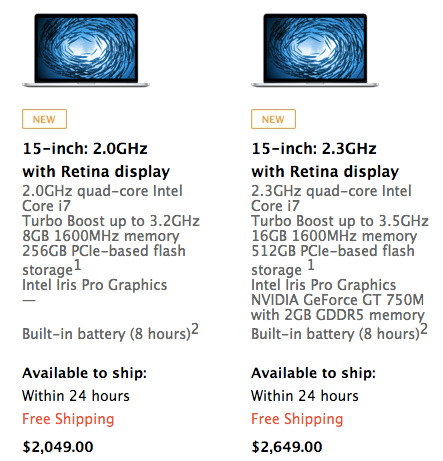