Update Nov. 17, 8:33pm PST: Google has pulled the Chrome M1 Mac update due to the app “crashing unexpectedly” for some users.

Google says the recommended workaround to fix this issue is:

“Our team has identified a fix and will be making it available soon,” said Craig, Chrome Support Manager.

The updated release will be coming out on Wednesday, according to Google Chrome product manager, Mark Chang. 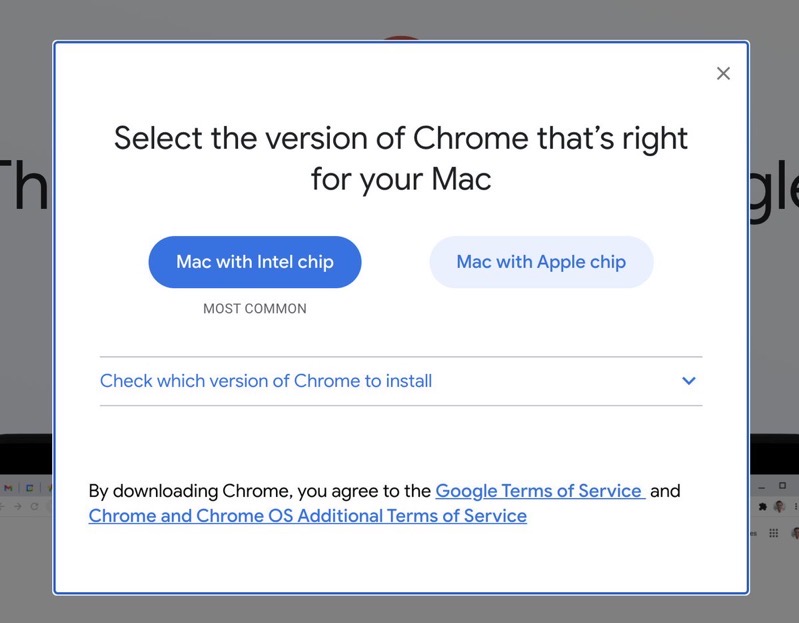 Google has released a new version of its Chrome web browser for Apple Silicon-powered Macs.

“If you want to use Chrome on new Macs with Apple M1 chips, head to https://google.com/chrome/ and download the Apple Silicon version we released in M87 today!”, said Elvin, a designer and developer for Google Chrome (via 9to5Google).

If you want to use Chrome on new Macs with Apple M1 chips, head to https://t.co/uIyDy5PSMS and download the Apple Silicon version we released in M87 today! pic.twitter.com/11uDaIYUR4

When you visit google.com/chrome on your Mac, you’ll be presented with two Chrome choices:

“As many of you noticed, we introduced a new Chrome icon for macOS Big Sur today. The team has also been exploring some further macOS-aligned options (some examples here), and we’re interested in hearing what you think about them,” added Elvin this afternoon.

Chrome for Mac made with Intel chips has usually been a massive resource hog. We can’t wait to test out Chrome for Apple Silicon Macs. Let us know how this new version is on your M1 MacBook Air, MacBook Pro or Mac mini.